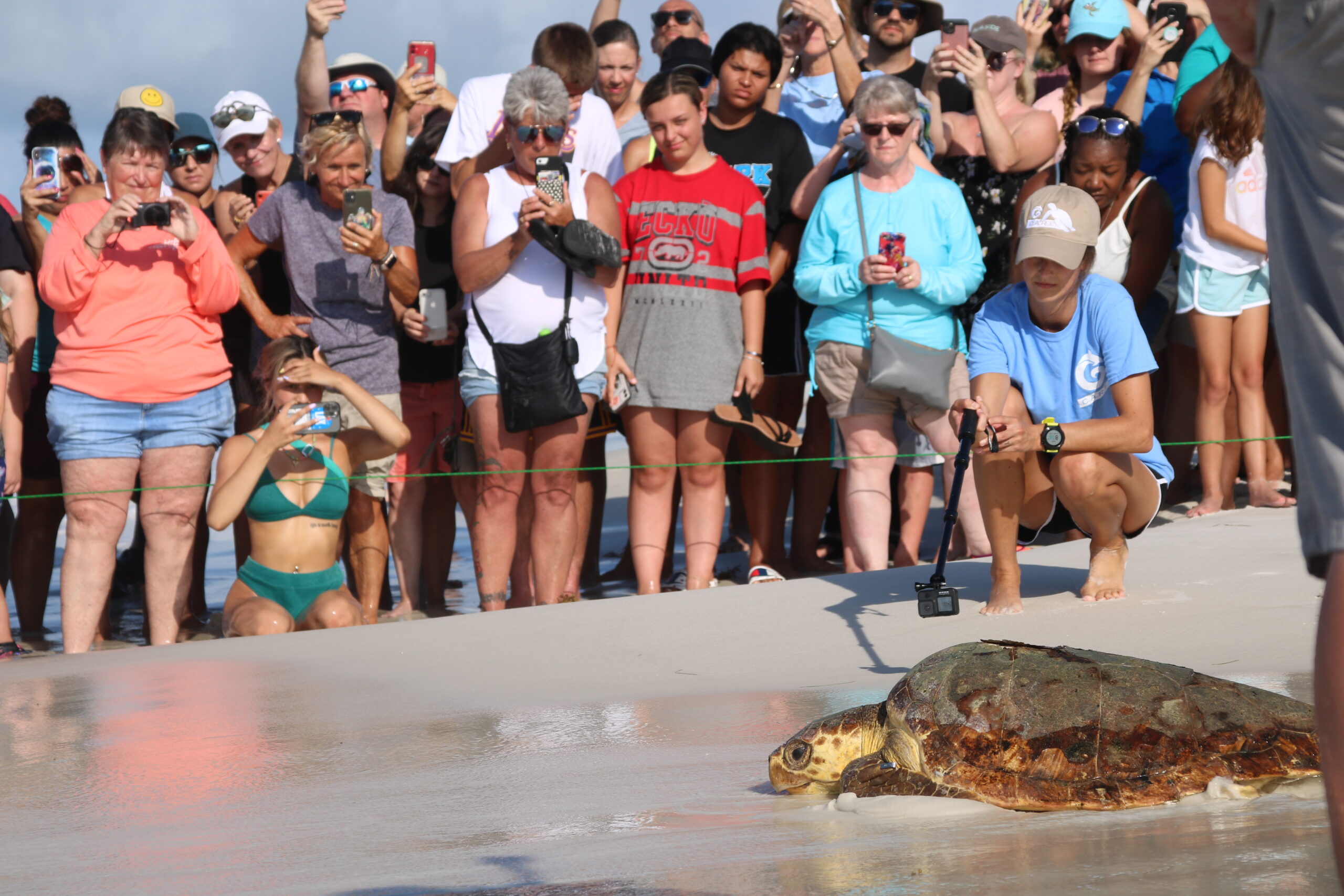 It was a beautiful morning as the Gulfarium C.A.R.E. Center released some of it’s recent sea turtle patients. It was the first public-invited release in over a year due to COVID-19, “We were delighted to conduct our first public sea turtle release since the pandemic began. We had several releases during 2020 but to be able to finally have large crowds experience these events since 2019 was exciting for all” states Patrick Berry, Director of the Gulfarium CARE Center. Crowds of several hundred cheered as each sea turtle was placed at the water’s edge and made their way into the Gulf of Mexico from the beach one-by-one.

Five sub-adult Loggerheads, ranging in weight from 70 – 95 lbs., and one juvenile Green sea turtle weighing 20 lbs. were among those released today after successful rehabilitations at the Center. The common ailment with these turtles was being accidentally hooked at nearby fishing piers and additional hook removal procedures. Stays at the Gulfarium from this particular group were shorter than usual, ranging from one week to almost a month. All turtles were given a clean bill of health and approved to be released though FWC officials and the CARE veterinarian and animal care team. The CARE Center continues to have several other turtles currently undergoing rehabilitation.

Follow the C.A.R.E. Center on Facebook to learn more about sea turtles and the center’s rehabilitation efforts.

The Gulfarium CARE Foundation, a 501(c)(3) non-profit, is proud to act as a beacon for coastal conservation through marine animal rescue and rehabilitation. Donations are tax-deductible and can be made online on the C.A.R.E. Center’s page.