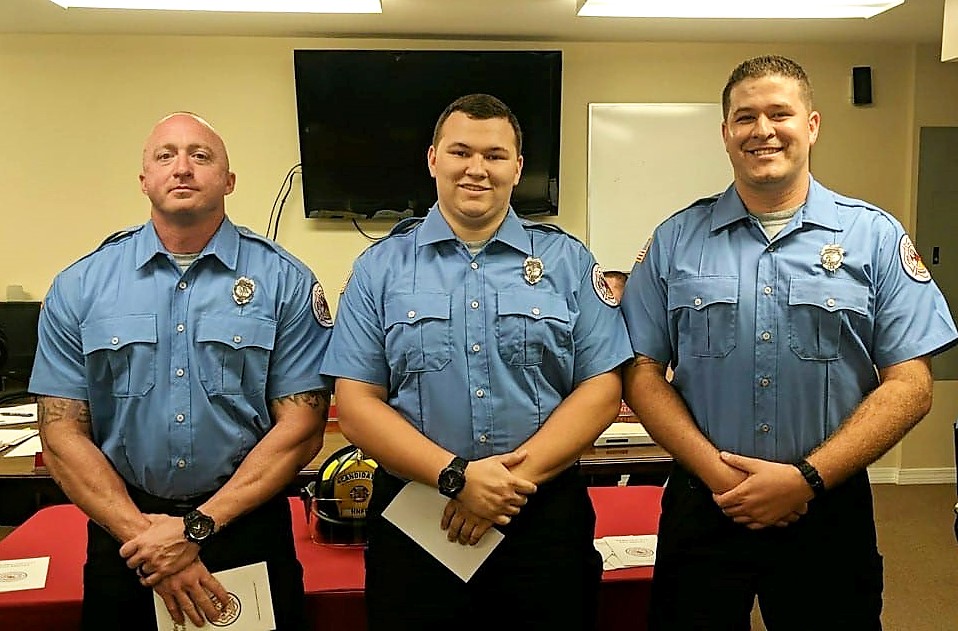 HNFD Chief Ron Norton said the hires were part of the district’s initiative to improve our staffing levels and better serve the community.

“In January 2018, HNFD was able to convert three part-time positions to full-time positions. Firefighter Matt Couch, Firefighter Wade Folsom and Firefighter Clay Witt were promoted to the full time slots.  Also in January HNFD tested and interviewed applicants for up to 7 additional positions. We were able to select 3 highly qualified candidates from this round of applicants,” Norton said.

According to Norton, the hires were made possible by the 2016 fire assessment increase, which was approved by a vote of district citizens.