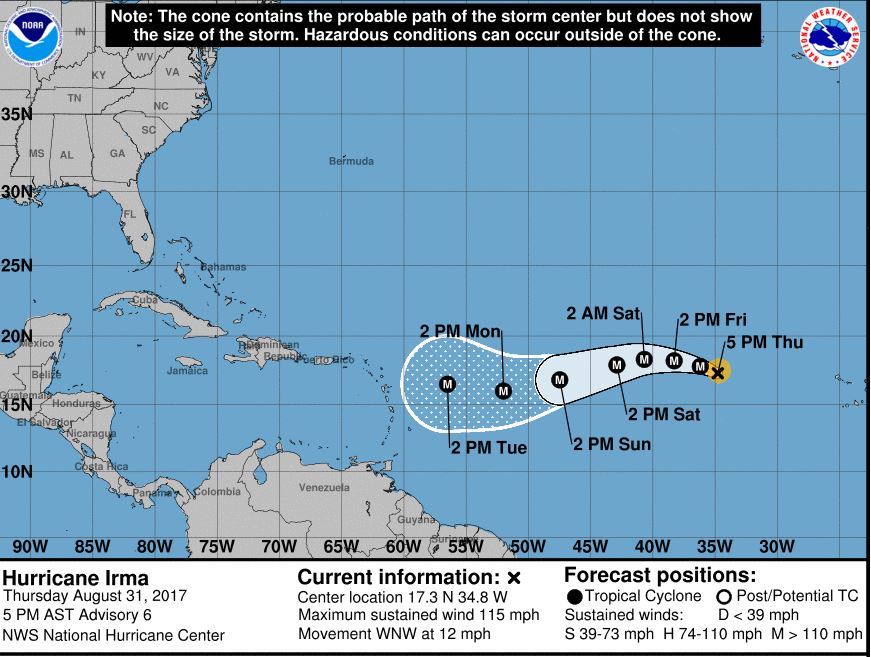 The National Hurricane Center’s 4 p.m. advisory for Hurricane Irma shows maximum sustained winds have increased to near 115 mph with higher gusts, making it a category 3 hurricane.

“Fluctuations in strength, both up and down, are possible, but Irma is expected to remain a
powerful hurricane for several days,” stated the update.