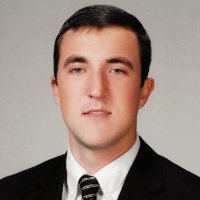 Huston Walters of Navarre has entered the race for Florida House District 3 as a Republican candidate.

“I’m running to lower taxes and give more freedom to the people of the State of Florida and the District,” Walters told South Santa Rosa News.

He earned a bachelor’s degree in Political Science from the University of Alabama in 2013 before working briefly as a field representative for the College Republican National Committee.

He also interned for United States Senator Rand Paul and the District of Columbia Republican Party.