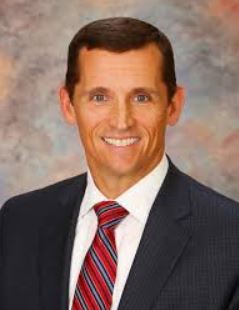 It was revealed during the December 3 Santa Rosa County Local Option Sales Tax Committee meeting that a performance audit was conducted back in July, and those findings showed multiple deficiencies with county operations.

However, that election had to be postponed until October 8 because county officials were unaware of a requirement, per state statutes, that a performance audit be completed 60 days prior to the referendum.

During the December 3 LOST committee meeting, County Administrator Dan Schebler said the audit results had been posted on the county’s website around August 8.

“It’s about 122 pages. It’s audit reading, if you would like to read it,” Schebler said with a laugh, pointing out a 6-page executive summary in supporting documentation for the December 3 meeting. That summary, however, did not specify any of the issues reported by the auditors.

Schebler did provide a brief oral summary of how the county faired with the six tasks and 25 subtasks required of the audit, per state statute.

Schebler stated the failed subtask related to not having performance measures identified. “That’s an area that we are focused on in our budget document as well as in this program to identify specific metrics and measures…I knew that going in that would be something that we could not meet, so I was not surprised with the outcome of the audit,” he said.

The only other audit insufficiency Schebler specified during the December 3 meeting was a recommendation for a legislative director position.

“I explained that we’re a small county and that we don’t have the funds for that position. But they still gave us a partially met in that subtasks. So overall it demonstrated that we, and you (LOST committee members) all are a key part of that, appropriately allocating, spending and tracking this fund,” he said.

“I would say y’all have done a good job, and I commend you for it,” Carson told Schebler.

The auditor’s August 5 final report stated, “We conclude that, with the exception of the findings discussed in the report and based upon the work performed, the departments that expend Local Option Sales Tax funds have sufficient policies and procedures in place, supported by appropriate documentation, reports, monitoring tools, and personnel to address the statutory criteria defined in s. 212.055(10) Florida Statutes.”

Schebler praised county staff for responding to “many requests” for information from the auditors.

“There are going to be some gaps. We haven’t had this sort of capital funding mechanism in the past. There are some things that we can improve on,” he added.

EXCERPTS FROM THE AUDITOR’S FINAL REPORT:

1.1 PARTIALLY MET: Management reports and data are available for program administrators to use on a regular basis to monitor program performance and cost. The reports are adequate and statistical data is plentiful. However, the County’s ability to make data‐driven decisions and predictive analysis is being delayed while another project management solution is being developed internally to replace project management software implemented less than two years ago in September 2017. The County did not develop and document a comprehensive requirements definition or prepare a capabilities analysis for the project management software. Subsequently, the County became dissatisfied with the program after discovering that it did not meet the County’s needs.

1.2 PARTIALLY MET: County departments have performance measures, and they accumulate performance data. In addition, county administrators meet regularly with staff to discuss program performance. However, the County provided no documentation of program evaluations taking place during these meetings using
performance measures or other criteria.

AUDITOR’S RECOMMENDATION: Develop a process for evaluating the performance of each department against their performance measures and use the results to drive continuous improvement.

1.6 PARTIALLY MET: Most of the sample of projects reviewed were completed on time and within budget. However, project file documentation did not always include information requested such as the vendor bid tabulation and completion reports or other documents to verify that the project was completed well.

3.2 PARTIALLY MET: Our work revealed that Public Works conducted a cost benefit analysis of paying existing staff overtime versus hiring new staff. Other departments were not able to supply documentation related to whether program administrators have assessed any contracted and/or privatized services to verify effectiveness and cost savings achieved.

AUDITOR’S RECOMMENDATION: County Departments and Purchasing should collaborate to create a process to document that goods and services are being provided to the County in the most effective manner that achieves the greatest cost savings.

AUDITOR’S RECOMMENDATION: Develop and maintain benchmarks for all departments and goals and
objectives which are measurable and can be achieved within budget.

5.2 PARTIALLY MET: Although the County prepares internal analytics reports to measure the County’s website traffic the data obtained from these reports is not sufficient to ensure that information is adequate and accurate.

AUDITOR’S RECOMMENDATION: Establish data quality standards and implement a formal evaluation
process (report) that addresses the adequacy and accuracy of information provided to the public
and communicate these standards and evaluation results to all staff responsible for developing public
documents.

6.1 PARTIALLY MET: There is no single function within the County that coordinates the efforts of several parties to track and communicate to County stakeholders new legislation that impacts County operations. Conversely, the County has several means of keeping track of changes to legislation that affect the County; for example, the county attorney, contracted lobbyist, state representatives, and organizations such as the Small County Coalition all play a role. Despite these information sources, county administrators had no explanation for why the performance audit requirements of Florida Statute 212.055(10) were overlooked and a referendum was planned for August 27, 2019.

AUDITOR’S RECOMMENDATION: Coordinate with County Stakeholders, including the County Clerk of Courts and Sheriff’s Office to perform government relations functions to stay abreast of federal, state, and local legislation and to coordinate and disseminate information from agencies such as the Small County Coalition.

6.2 PARTIALLY MET: Documentation and approval of policies requires improvement. Inconsistent competitive bid thresholds exist in the County’s Procurement Manual dated June 27, 2019 and the Accounting Policies and Procedures Manual dated June 16, 2015 of over $35,000 versus over $10,000. In addition, a comprehensive operations manual is not maintained to ensure that all department policies and procedures authorized by management are documented and approved.