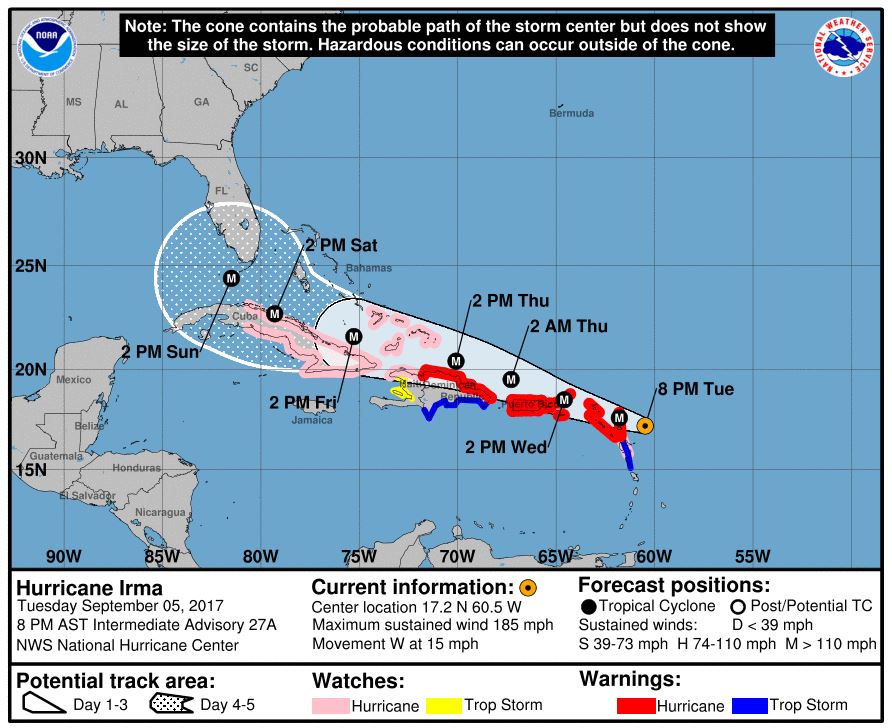 “A turn toward the west-northwest is forecast to begin tonight and continue for the next couple of days. On the forecast track, the extremely dangerous core of Irma will move over portions of the northern Leeward Islands tonight and early Wednesday, move near or over portions of the northern Virgin Islands Wednesday, and pass near or just north of Puerto Rico late Wednesday and Wednesday night,” stated NHC Forecaster Richard Pasch.

Pasch described Irma as an “extremely dangerous” category 5 hurricane on the Saffir-Simpson Hurricane Wind Scale. “Some fluctuations in intensity are likely during the next day or two, but Irma is forecast to remain a powerful category 4 or 5 hurricane during the next couple of days,” he said.