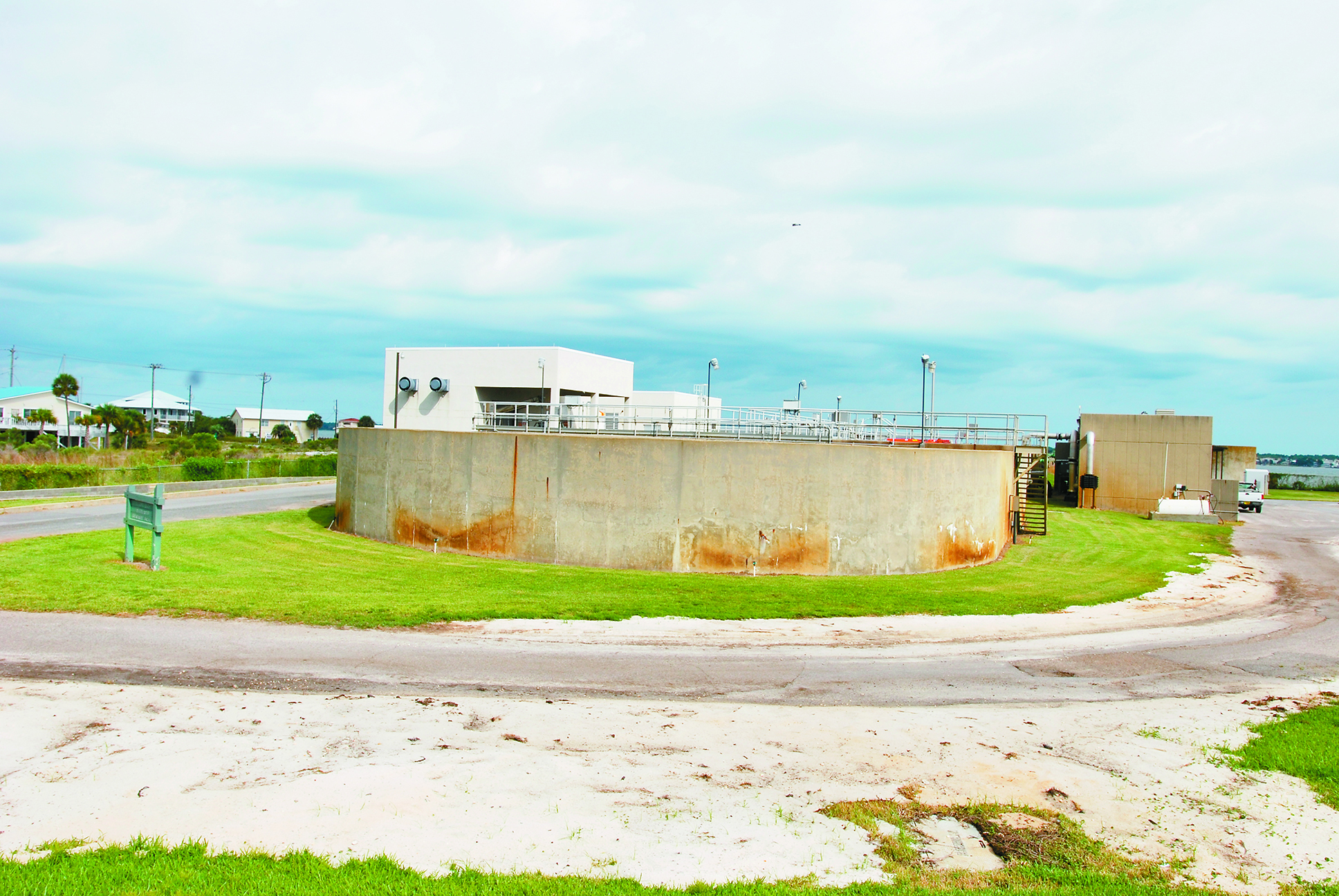 A New Year is shaping up to be a year of major changes and probably more surprises. Most happenings on the state and national level are out of our control. We are all hoping for the best for our nation.
Locally, we have opportunities to get involved with decisions being made and by working together, to create a brighter future for our communty. I see some important decisions on the horizon about which I hope we will have vigorous discussions and even debates, if necessary. Proposals to solve flooding and drainage problems at Holley-By-The-Sea concern everyone. Also the issue of the Holley Navarre Water System’s lack of adequate disposal options. Then the perennial question/quandary of what to do with the sewage effluent at Navarre Beach?
The County-owned sewage treatment plant on the island is now and has always discharged its partially treated sewage effluent into Santa Rosa Sound. The permit for this discharge, issued in 2013 will expire in 2018. Before then, decisions should be made about how to remove the effluent from the Sound, and finding a more environmentally safe location for disposal.
Navarre and Pensacola Beaches are the ONLY beach communities in the entire state that still discharge sewage effluent where people are swimming, fishing and recreating in the water. That’s embarrassing!!! It’s a bad practice and should have stopped long ago. The question is: what to do with it. The County seems to like the idea of giving the sewage to Holley Navarre Water System. Really commissioners? You know full well that it will end up in the Sound anyway. One commissioner was even quoted in a newspaper article on the subject saying this and lamenting over what a non-solution that would be. He’s right. It’s going from the frying pan to the fire in my opinion. Here’s one reason why.
Currently, the County’s discharge permit allows up to 9 mg/l of nitrogen in the effluent. That’s at least 10 times higher than it should be if it belonged there at all. That nitrogen causes algal blooms, which cloud the water, then rot and suck the oxygen from the water which kills fish and other aquatic life. Holley Navarre Water System’s current permit allows 12 mg/l of nitrogen based on the idea that the effluent is being sprayed on a golf course and the nitrogen is being consumed by grass. That’s partially true and partially wishful thinking. Much of the effluent is being dumped into holes in ground here and there around Navarre and Holley where it moves through our sandy soil, to nearby water ways at a rate of 20 feet per hour. The golf course is oversprayed and that effluent picks up toxic pesticides and herbicides and travels offsight, eventually going into Class II shellfish waters in East Bay.
There have been discussions about sending the effluent to Eglin Air Force base many miles up Hwy. 87, which might be a great idea, if the Air Force is willing to consider this. The most recent information I have is that the Air Force is no longer interested in this proposition.
This is a major issue that needs a county-wide, transparent discussion as a lasting and responsible decision will likely require money and big changes. We cannot depend on the state DEP to be helpful. They checked out of the environmental protection business several years ago. The federal EPA has been helpful in terms of the scientists at the Pensacola Beach lab who do monitoring and reports. They have reported for quite some time that the Sound is in serious decline. They don’t do permitting or enforcement and the folks in Atlanta, who could step in and take decisive action have not, and certainly will not with the incoming administration’s apparent dislike of environmental regulations.
This leaves our local governments to sort this out. They seem concerned but I’m unsure if anyone will be willing to take the lead on this without a lot of pressure from their constituents. That’s us folks. We have to let our local elected officials know that we expect them to take this issue seriously. If we let Santa Rosa Sound continue to decline, it will soon look like the Indian River Lagoon. The economic impact alone would be devastating to our county. The future of our waters and our community would be questionable at best. We have about one year to come up with a plan and the money to implement it. Contact your commissioners and let them know you want them to get moving on this!