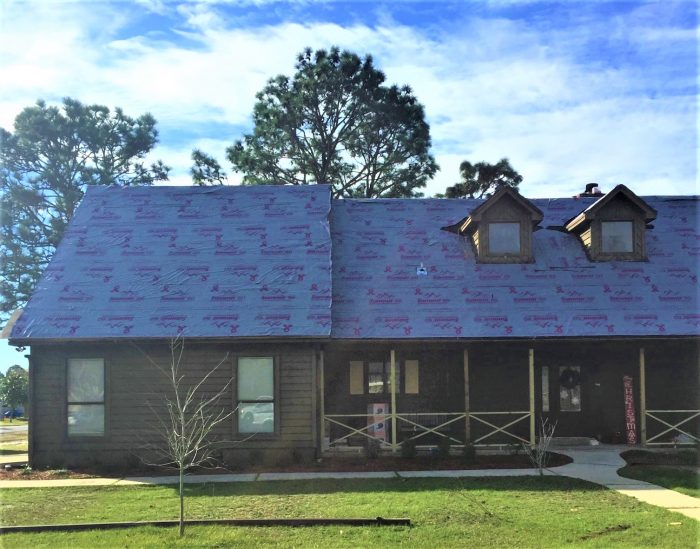 Many people took time off to ring in the New Year, but Steven Cheney, owner of SEC Renovations and Repairs, and his crew worked New Year’s Eve and Day, replacing a roof for the family of late U.S. Air Force Staff Sgt. Cole Condiff, who went missing after a November 5 training incident in the Gulf of Mexico.

The search for Condiff, who was involved in what military officials described as an “unplanned parachute departure” from a C-130 transport, was called off November 23, following a 17-day search.

Per Hurlburt Field, the recovery had remained an ongoing, 24-hour operation since the date of the incident. Personnel across four military branches and several local government agencies supported a variety of search techniques, including underwater sonar scanning, dive operations, land patrols and airborne surveillance. Joint recovery crews conducted more than one hundred dives on points of interest spanning from Destin to Pensacola.

Condiff, who was from Richardson, Texas, was remembered during a December 21 hometown memorial.

“Cole was a loving and caring father, husband, brother, uncle and son,” said Todd Condiff, father of Cole. “[He] was taken a little too early for us…he died doing what he loved and he loved his brothers in the Air Force.”

The Dallas, Texas native graduated from Sachse High School in 2008. He attended Utah Valley University and later served a two-year mission with the Church of Jesus Christ of Latterday Saints in Spokane, Washington.

He completed deployments to Africa and Afghanistan in support of national security objectives.  His awards and decorations include an Air Force Achievement Medal and an Air Force Commendation Medal with a combat device.

Cole’s teammates hold firm there are traces and attributes of him in every person he leaves behind.

“We feel very fortunate and honored to be able to help the Condiff family. This small token of gratitude is nothing compared to the sacrifice and service that our military families bless us with each and everyday. We wanted to help alleviate some stress, even just a small amount, during this challenging time for the Condiff family,” said Cheney. “Over the last 38 years, we’ve been proud to serve and live in this community which has deep ties to the military. We are just happy to be one small part of this collective effort to assist this family during this time of need.”