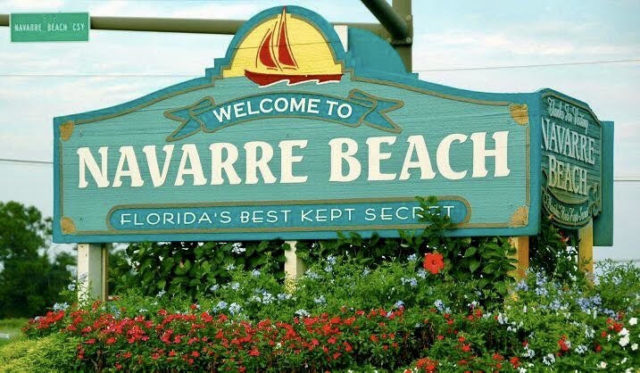 Jonathan Cole, Chairman of Navarre Area United, a political action committee aimed to incorporate Navarre, this morning requested a non-binding referendum on the August 25, 2020 ballot. The board instead directed Cole to work with county staff to identify the proposed area for incorporation then determine an amount of petitions which would be needed for commissioners to place the matter on the ballot.

“There have been a lot of conversations before the last referendum and since. There are some changes to the area – more people have moved in, development is increasing due to the improving economy and decisions have been made that impact the area which some residents feel isn’t a true representation of their wishes” Cole stated. “Our goal is to gather all relevant data and present it to the public so they can make an informed choice.”

During the 2014 primary another PAC, Citizens to Incorporate Navarre, failed to garner enough public support to incorporate, receiving only about 45 percent of votes.

“There are a number of residents who see the value of becoming a city,” Cole continued. “There are a number who are very opposed to the idea. With changes that have occurred in the interim, it’s certainly worth another look.  In casual conversations with a lot of friends and neighbors, many who voted against incorporation say they are now for it.  They express their voices aren’t being heard and self-determination is seeming more attractive in spite of their prior concerns.”

Cole said residents cited the change in signage and “Florida’s Best Kept Secret” slogan at Navarre Beach, issues concerning development and infrastructure, the debate between widening US 98 and the County Commission failing to adopt any part of the District 4 Master Plan as reasons to consider bringing that decision-making closer to home. “Incorporation would allow for a larger voice in Navarre’s on affairs,” he said.

Representative Jayer Williamson at that time stated he would offer the support of his office in the endeavor if Navarre residents during a non-binding referendum support the measure by a margin of 60 percent or higher.

Subsequently, Cole, who is not related to Commissioner Bob Cole, made the request for placement of the referendum on the August 25, 2020 ballot.

Additionally, other steps in the incorporation process are already under way, including a new feasibility study by an engineering firm based in Tallahassee and experienced in such efforts.

“Our goal is to present concise data so voters can weigh the pros and cons of the issue. Their input is beyond value, and we will be listening. Whichever outcome, the people of Navarre will have spoken,” Cole said.

Commissioner Cole stated he would support the will of the people but cautioned the PAC against distributing misinformation. “Not like the last time (in 2014) when I think a lot of the information was (skewed),” he said.

“Navarre Area United was formed last year by local business persons to address the continued growth that is inevitable for Navarre, as well as trying to bridge the personality divisions that have inhibited Navarre from reaching its true potential. It is not a continuation of the prior incorporation effort and is not affiliated with that group in any way,” Cole said.

Commissioner Lane Lynchard pointed out the county’s role is not make a decision about the matter, stating it was “not our job to endorse or in any way support the effort” but also he noted the commission shouldn’t hinder the citizen-driven initiative either.

During public forum Pam Wingate, a resident of Navarre Beach, stated she would prefer only the mainland be included in the incorporation effort.

Cole stated the PAC will be seeking public input to help determine which areas to include. “We’re not going to act against the majority will on any issue,” he said.