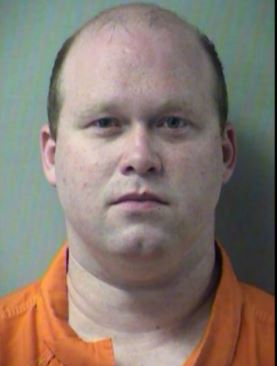 The Okaloosa County Sheriff’ Office has added new charges against a Mary Esther man arrested earlier this week in connection with sexual battery on a child under the age of 12 and possession of child pornography.

32-year old Kevin Foy of Argyle Court was arrested again today, this time on 13 felony counts of promoting the sexual performance of a child.

While investigating a reported sexual battery at Foy’s home, OCSO investigators obtained enough probable cause to obtain a search warrant for Foy’s electronic and other devices. The search warrant was executed on July 16th
.
They discovered approximately fifty images of child pornography on Foy’s computer. One image depicted a victim, then age two, who was later identified by her mother. The victim disclosed being sexually abused by Foy on numerous occasions over a six year period.

Investigators in fact discovered multiple images and videos on Foy’s computer and/or his cell phone, depicting him engaging in sexual acts with that same victim, beginning when she was approximately two years old.

The abuse reportedly took place between January 2012 and January 2018.  The child told OCSO investigators Foy would record the videos and then make her watch them.