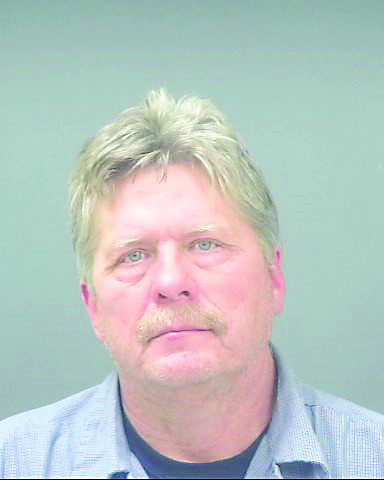 A Navarre man was charged with Intimidating/Threatening a Victim of a Crime after his wife alleged he pushed her down, jumped on top of her and strangled her after he learned she had pulled $2,000 out of their joint bank account.
According to the report, the woman called the Santa Rosa County Sheriff’s Office on January 11 and claimed she was having a panic attack.
When deputies arrived on scene at the 8000 block of Pamplona Street in Navarre, the woman claimed she was having the medical emergency because her husband, Timothy Hanson had “attacked her”.
The woman stated Hanson, 53, allegedly attacked her after he found out she withdrew $2,000 from their joint bank account to pay for a medical bill.
According to her statement, Hanson allegedly pushed her down and jumped on top of her. After that, she stated her husband punched her in the chest and grabbed her around her neck, causing her to go unconscious.
The woman alleged she tried to call police, but Hanson grabbed the phone from her. The action allegedly prevented the woman from being able to call law enforcement from within her home.
Deputies noted in the report that there were no marks on the woman’s body from the alleged attack, and also no marks on Hanson’s body.
Hanson told police he was upset about the money withdrawal, but that the couple argued and nothing physical happened.
The SRSO officer noted in his arrest report that because the man had no prior Domestic Violence related arrests and that there was not any evidence of an assault, that the man would just be booked for Obstructing Justice or Intimidating/Threatening a Victim. Hanson was later released from SRC Jail after posting $250 bond.