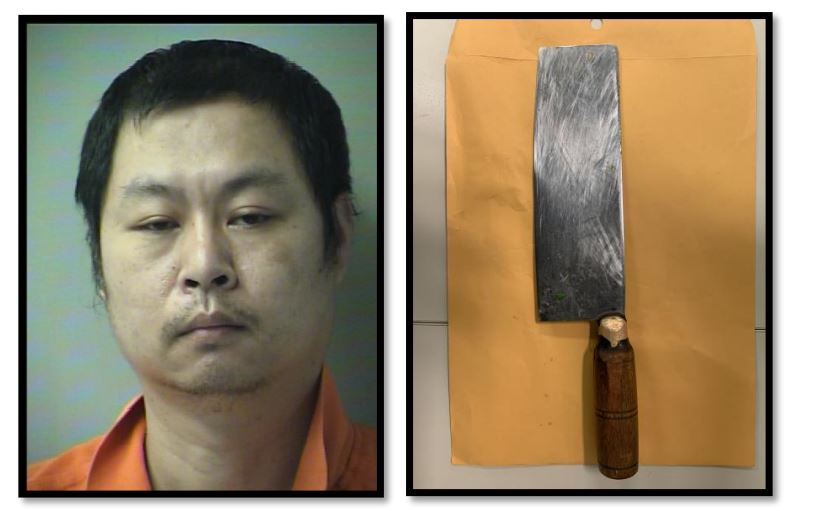 A Shalimar man faces five felonies after randomly punching a McDonald’s customer at the drive-thru,
threatening the manager with a cleaver, and then hitting two Okaloosa County Sheriff’s Office deputies
who responded to help.

The OCSO was called to 1189 Eglin Parkway in Shalimar around 8:30 Tuesday night in reference to
an armed disturbance.

The first victim, an 18-year old Shalimar resident, says the man walked up to his car at the drive-thru
window and without warning punched him in the face before grabbing him and biting his right finger.

The man left but came back and approached the restaurant manager with a large cleaver in an
aggressive manner.

Two deputies found the suspect standing by the door of another restaurant at 1193 Eglin Parkway. He
ignored their commands to stop and shut the door on them. He was tased inside the restaurant without
showing any effect, and proceeded to hit one deputy in the head with a chair and punch another in the
chest before being restrained.