During the trial, a jury received evidence that Smith was a software engineer in Mobile, Alabama. StrikeLines, the victim in the case, is a Pensacola based company that uses commercial side scan sonar equipment to locate fishing reefs in the Gulf of Mexico and sells the coordinates using an interactive map on their website. StrikeLines also provides public coordinates for free to those interested in finding valuable spots to fish in the Gulf.

The evidence showed that between April and November 2018, Smith obtained private information valued at hundreds of thousands of dollars from the local company by using sophisticated cyber techniques in order to gain the trade secrets and decrypt information of the company from its website. After hearing how Smith stole private sonar coordinates of reefs, the
jury received testimony and exhibits showing how Smith then tried to extort the two owners of StrikeLines for more valuable information. During this entire time, the victims did not know Smith’s identity or why he was trying to harm them. Federal and state law enforcement were able to trace all the criminal acts back to Smith in Mobile where he committed the cyber theft
against the Pensacola company.

At sentencing, United States District Judge M. Casey Rodgers announced that she thought Smith’s acts were based upon “spite” and “arrogance.” In addition to his term of imprisonment, Judge Rodgers sentenced Smith to a one-year term of supervision once released from custody. Smith was also ordered to forfeit all the electronic devices he utilized to commit his crimes.

“The U.S. Attorney’s Office takes very seriously cyber crimes of all kinds, ranging from protecting our national security to the secrets of private companies,” said U.S. Attorney Keefe. “In our increasingly online society, cyber security is vital to all of us as we conduct Internet transactions and conversations so that we can be confident our identities and personal
information are protected. Our office is pleased that the jury held the defendant to account for
victimizing a small local business.”

“This is the first time we’ve investigated a case like this and it most likely won’t be the last,” said FDLE Pensacola Special Agent in Charge Jack Massey. “I applaud our FDLE agents and the U.S. Attorney’s Office for always working to stay at the forefront of technology and one step ahead of the bad guys.”

This case resulted from an investigation by the Florida Department of Law Enforcement, the Federal Bureau of Investigation, and the Escambia County Sheriff’s Office. Assistant United States Attorney David L. Goldberg prosecuted the case.

“Trade secrets are the cornerstone of American innovation and a driver of the nation’s economy,” said Rachel L. Rojas, Special Agent in Charge of the FBI Jacksonville Division. “When a corporation invests in developing new products and processes, the theft of those developments is a clear threat to that company’s future. The FBI will continue to work vigorously alongside our partners at FDLE and the U.S. Attorney’s Office to combat intellectual property theft and bring those responsible to justice.” 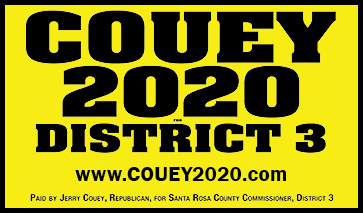