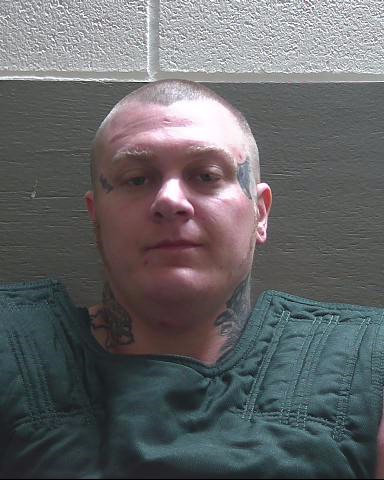 State Attorney William “Bill” Eddins announced that on October 14, 2020, Kyle Jay Terry was sentenced by Circuit Judge W. Joel Boles to 20 years state prison as a habitual felony offender, with a 10 year minimum mandatory under the 10-20-life statute.  Terry previously entered a plea straight up to the Court on November 12, 2019 to Robbery with a Firearm, Attempted Robbery with a Firearm, Possession of a Firearm by a Convicted Felon, and two counts of Aggravated Assault.

The first victim was unloading her car near the Jefferson Street parking garage on January 4, 2019.  The defendant approached her and asked if the car was hers.  After she said yes, he grabbed her arm, pushed her against a garage door, put a gun to her head, and demanded her keys.  When she told him she did not have the keys, he walked away.  While walking on Palafox Place, he fired the gun into the ground.  He then walked into Hopjacks.  He approached the bar and demanded a bottle of Jim Beam while pointing the gun in the face of the female bartender, threatening to blow her face off.  A male bartender turned around then grabbed a bottle of Buffalo Trace and handed it to the defendant.  The defendant also pointed the gun at the male bartender and demanded he call 911.  The defendant talked to the dispatcher and stated he was armed and was going to shoot someone if the police didn’t get there soon.  He threw the phone across the bar.  He then bit off the bottle top and began drinking from the bottle.  He stood by the front door of Hopjacks, drinking more.  When a Pensacola Police Department officer walked by, the defendant kicked the door open.  The officer yelled for him to put his hands up and get on the ground.  He put one hand in the air, took two more drinks, then put the other hand in the air, and got on the ground.  Police officers located a large knife, a smaller knife, and the gun in his clothes.

The investigation was conducted by the Pensacola Police Department.  Assistant State Attorney Raven A. Reid prosecuted the case.  For further information, please contact Ms. Reid at (850) 595-4246.