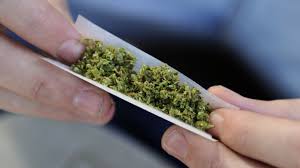 UPDATE: Commissioners voted Dec. 8 not to move forward with the January presentation by Kuipers Blake.

The newly selected Santa Rosa County commission chairman has a lot on his plate starting in January.

Rob Williamson, who was selected to serve as the commission chairman on Nov. 15 knew this after watching the election results just one week prior to being promoted to his new position.

One of the biggest pushes on the ballots in the state of Florida was for Amendment 2, which allows for the sale of medical marijuana.

With the measure passing by a landslide, the county now has to determine how to regulate what could become the biggest boon or bust to the economy they’ve seen in years.

That’s where Williamson is calling in the experts.

So before the county tackles how to handle the issue, Williamson is calling in the big guns. Melissa Kuipers Blake. An expert who has seen the state of Colorado change over the past decade. Blake is the Senior Policy Advisor and Counsel and Co-Chair of Brownstein Hyatt Farber Schreck, LLC’s Emerging Regulated Industries Group in Denver, Colo.

Her background in law, as a legislative aide, a lobbyist and numerous other positions in different sectors at the Colorado Capitol have allowed her to track the ups and downs of marijuana referendums and the passing of marijuana provisions in the state of Colorado.  A state that has seen a significant amount of growth based solely off of the green plant. And Williamson said that the county now has to step up and figure out a game plan once the law goes into effect in case the same growth occurs here locally or statewide.

Williamson is inviting Blake to a special January 12 meeting of the Board of County Commissioners. At the meeting, Williamson said he hopes to get more insight on what’s to come for the state of Florida, but more importantly, Santa Rosa County.

“She gave a presentation at a Florida Association of Counties gathering earlier this year. She provided a presentation on what medical marijuana and recreational use has meant to the state of Colorado. Some of the positives are the additional revenue that came into the communities that may have been having trouble with jobs and even warehouse space. There used to be empty warehouses in Colorado. Not anymore,” Williamson said.

Those warehouses are now filled with marijuana plants/farms, which Williamson said brings up another point regarding the passing of Amendment 2: energy.

“Energy use is a huge issue. They have to have lights on these plants 24/7,” Williamson said. “How is that going to affect our energy consumption locally?”

Williamson is bringing in Blake to grill her on the changes Colorado has experienced knowing the county doesn’t have long to figure out what they are going to do once the law goes into effect.

“Florida has to write the implementation bill in 6 months. So they have until May to figure out how to administer the law. That to me seems extraordinary,” Williamson said. “We have to write the framework around this bill. Where are we going to allow this around the county and why? Are we going to allow them by the schools? There’s going to be quite a bit of arm twisting going on within the coming months.”

Another thing the county has to worry about is if they need to enhance their law enforcement presence solely based upon the passing of this law.

“This could cripple us,” Williamson said. “If we have to increase our law enforcement budget, let’s say if it’s by 10 percent just to implement this.  That’s $4 million. Where are we going to get $4 million? This could be a multi-billion dollar industry. But it could also hurt this county. We could have to open up another division within the sheriff’s office just to enforce this one issue. That could cost a lot of money. Money we don’t have.”

Blake is scheduled to speak at the January meeting, which is open to the public. Williamson said he is inviting members of law enforcement and local medical service agencies to the meeting to allow them to have input on the discussion as well.

“I thought it was best for (Blake) to come in and give a similar presentation like she did with the Florida Association of Counties,” Williamson said. “It will be up to us to move forward and protect Santa Rosa County and make sure this is implemented in a way that protects our quality of life.”

And the reason? Just like in Colorado, Williamson said he expects to see something similar to Amendment 2 on the next ballot.

“You’ll see a recreational marijuana referendum on the ballot in 2 years. Just wait. It happened in Colorado,” Williamson said.

The special meeting hosted by Blake and the Board of County Commissioners is scheduled to be streamed live on January 12 at 1 p.m.  It will also be available to view on video later via an internet browser.

Other items on next week’s county commission agenda include:

Possible advertisement of an ordinance to impose a 180-day moratorium on accepting and processing new applications for medical marijuana dispensing facilities to “allow time to review, study, hold public hearings, and prepare and adopt an amendment or amendments to the Land Development Code” and ordinances;

A proclamation naming Dec. 8 as Addison Russell Day in honor of the Pace High graduate and World Series Champion;

Discussion of approval of the Navarre Beach lease agreement for Dr. Steve and Ann Hering;

The board is expected to discuss agenda items at their Monday, Dec. 5 committee meeting and vote on matters moved forward at their Thursday, Dec. 9 meeting.

Both meetings start at 9 a.m. and are scheduled to take place at the County Administrative Complex located at 6495 Caroline Street in Milton. Video of the meeting can been watched live or replayed via www.santarosa.fl.gov.