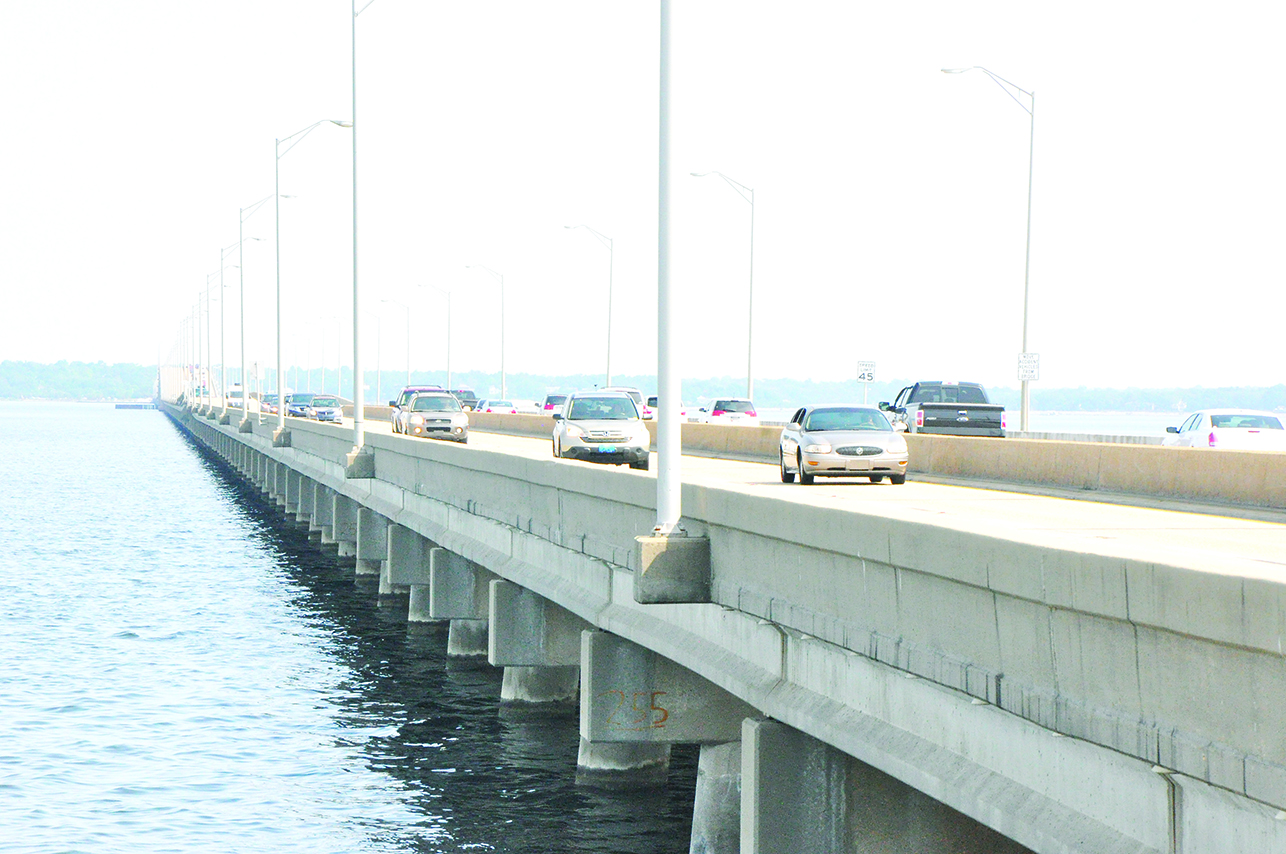 Upon hearing word that the Florida Department of Transportation has narrowed their design build contractor choices for the Pensacola Bay Bridge project down to 5 finalists, City of Gulf Breeze Mayor Matt Dannheisser has stepped up to fight for the public and the city to have a say so in the design of the bay bridge project.
Dannhsiesser, who serves as the city’s representative for the Florida-Alabama Transportation Planning Organization, helped draft a letter to Tommy Barfield, the District Secretary for FDOT, urging the state organization to
allow the public and local government entities to have input on the design aspect of the bridge.
At the April 13 FL-AL TPO meeting, the mayor expressed concerns on the design build process, which he claims give little opportunity for public review and comment. At the meeting, the FL-AL TPO unanimously approved Resolution 16-05 adopting a Public Participation Plan. The group discussed utilizing the plan to help inform the public, include the public and involve the public in construction and design plans for future projects, including the bay bridge project. Its main goal was to help give the public better input on upcoming or future construction projects.
“As the new Pensacola Bay Bridge may perhaps be the most significant construction project in the history of our region and will certainly have profound impacts upon most residents in Escambia and Santa Rosa counties, it was recognized that—consistent with the TPO’s Public Participation Plan—enabling the public to be involved in and have meaningful opportunity to provide input and comment regarding the design of the proposed new Bridge is of the utmost importance,” Dannheisser stated in an email sent to city staff and FL-AL TPO members. “The public has not had meaningful opportunity to weigh-in on the concept changes. Moreover, the decision as to the selection of the contractor who will design and build the bridge has been left in the hands of a three-member selection committee comprised of District FDOT employees, none of whom live in the Pensacola area, and none of whom are allowed to be contacted by the public with respect to the selection.”
Along with the mayor’s concern about the public not having adequate input, the city learned that some of the proposed design plans from contractors, who may or may not be selected in the design build project, could have an adverse effect on the city’s vision for the bridge.
In a memo to city staff, City Manager Edwin “Buz” Eddy notified city council that city staff has been advised that at least one of the design firms may utilize a construction method known as “Inverted T” construction, which could allow better clearance for boats and vehicles underneath the bridge landing.
The memo stated that the FDOT selection committee may not be aware of how important that construction method is to the city’s vision on the bridge landing.
“There is a small group of people who work for FDOT and they are responsible for choosing which of the 5 firms are going to be picked without any idea of what the public and City of Gulf Breeze thinks of those concepts and ideas,” Eddy told South Santa Rosa News. “We (city) don’t want to be in control of the whole thing, but this 3-member panel (responsible for picking the contractor) might benefit from hearing about what the city thinks or public thinks of these innovative ideas. ‘Inverted T’ construction adds more clearance to part of the bridge that’s over land. A couple of feet may be critical.”
The memo from Eddy also stated that the city learned that there has been a concept thrown around in the past by firms that were eyeing the construction job that suggest the bridge could be built with a pedestrian crossing ramp on the bridge, rather than over the bridge that the public has voiced concerns about in the past.
“A firm last summer had a design that showed a pedestrian walkway between the two panels of the bridge that carry vehicular traffic and not raised up above the bridges. People saw that around here and they didn’t like it,” Eddy said. “We don’t necessarily want to be in the driver’s seat, but if they (selection committee) knew a particular idea wasn’t appealing to us (or the public), it might make a difference to them during their selection process. If these five firms are coming up with ways to make the bridge better or last longer, great…we just feel this panel will benefit from hearing the (city’s) input on what the public wants or what we want.”