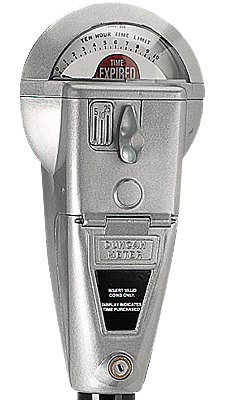 The City of Gulf Breeze is partnering with the EscaRosa Coalition on the Homeless (ECOH) and Leadership Pensacola (LeaP)to erect parking meters in the city limits aimed to help curb homelessness in the bi-county area.
Last Wednesday, John Johnson, the executive director for ECOH proposed an idea to the Gulf Breeze city council about erecting donation boxes within the city for the homeless. Those boxes would be disguised as hand-painted parking meters.
The idea originally came from LeaP who pitched the idea to the homeless organization as their class project. The idea sparked a move to get the meters on the streets. Meters, which do not charge people to park in a spot, but instead encourage people to put any spare change they have into the meters to help out the area homeless.
“When we see a homeless person on the street, a lot of us have the misconception that (if we give them money), they are going to buy drugs or alcohol….or we think this dollar won’t be enough,” Johnson said.
ECOH would ultimately take the donations from the meters and divvy the money back out into the homeless community by providing the homeless with different services they need.
The initiative is being called “A Better Way to Give”.
At the city’s Executive Committee meeting last week, Mayor Matt Dannheisser suggested having the art students at Gulf Breeze High School decorate them.
The city ultimately agreed to put one meter at City Hall and another at the Gulf Breeze Community Center at first to see how the initiative strikes with locals.
Then, if all goes well, they will expand the project to other areas of the city.
At Monday’s City Council meeting, the small discussion became heated when Councilman Joe Henderson started questioning the ECOH’s handling of their money.
“I went and looked at the ECOH tax form from last year and I’m going to withhold my vote for yes. They took in contributions of $432,000 and paid out over $284,000 in salaries and benefits to individuals who work for the organization,” Henderson told the council. “You have more than 60 percent of the contributions going to salary.”
Renee Bookout chimed in stating Johnson told the city council last week that 100 percent of the funds collected from the meters would go to the homeless and not to salaries.
Dannheisser also defended the organization claiming they pay salaries to workers who provide services to the homeless.
“This is a charity that’s not like the United Way that receives contributions and turns around and sends it out to other entities. The $250,000 plus is lower than what I would have expected it to be since they pay people to provide those services to the homeless.”
During the discussion last week, Dannheisser proposed city staff donate their time periodically to empty the meters and get the donations to ECOH on their spare time. Councilman Joe Henderson said he didn’t want the city spending taxpayer money on the project.
“I was all on board with this until you said you think we should have city staff monitor it. We’re talking about taking taxpayer money,” Henderson said. “We’re crossing a line between using taxpayer money to fund a nonprofit organization and it should not be government’s job to fund organizations. If we can keep it all volunteer, I’m all for sponsoring it.”
Dannheisser recommended staff using their own personal time to empty the meters. The mayor even volunteered to empty the meters himself if he had to.
Along with donating his time, Dannheisser offered last week to pay for the meters out of his own pocket.
But the discussion on where the funds should come from to pay for the meters went another way on Monday.
City Manager Edwin “Buz” Eddy said the city has to be careful when it comes to allowing staff to donate funds, especially when it comes down to a program that could run for years down the line.
“That was a very generous offer, and it may come down to that, but it may spread the ownership of the program. But if we have other organizations that might want to step up, Rotary for example or the Optimist….They may want to also pay for the meters and the expenses and use the mayor as a backstop,” Eddy said.
Assistant to the City Manager, Nathan Harris found out that the Pensacola Downtown Improvement Board has old meters they are selling for $25 to $30 a piece. Harris said the city could attend the DIB’s next meeting on April 12 and request the meters.
“We’re not talking about much in the way of city funds. The (DIB)memo says it’s about 25 to 30 dollars a meter,” Dannheisser said.
LeaP is already in the process of erecting nearly 3 dozen meters around Pensacola. The city said they hope to launch their meters around the same time LeaP erects there meters around Pensacola.
The city also discussed having businesses sponsor the meters. That money would also go right back to ECOH.
“I would like our city and council to do these things like this that may get some attention and may compel other governmental agencies in the region to do likewise,” Dannheisser said.