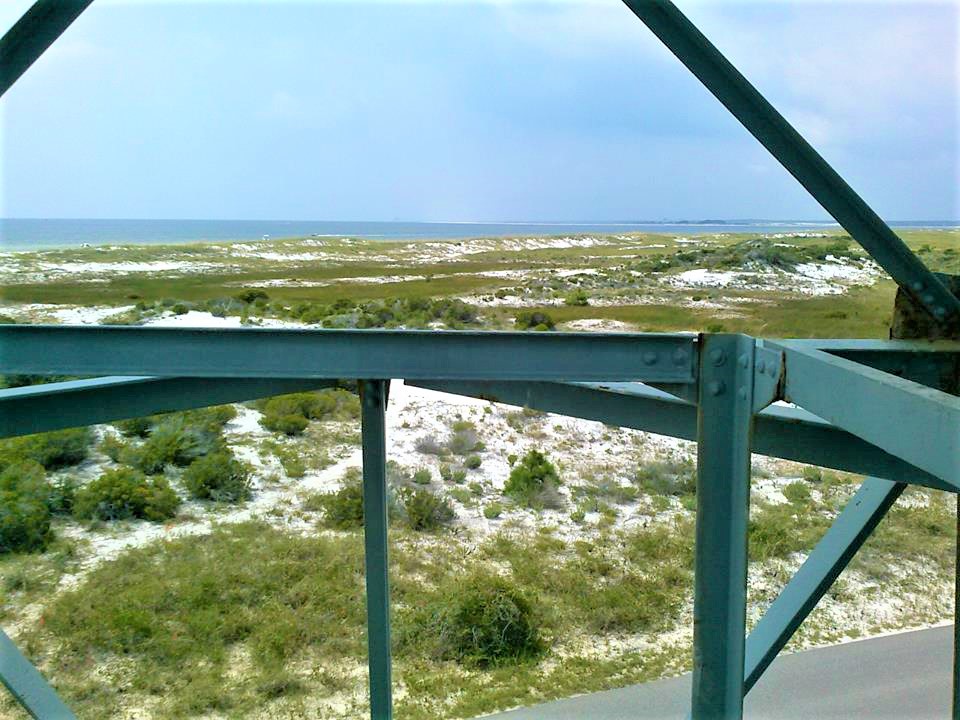 The National Park Service announces next steps in the preservation of the historic Tower 234 at the Fort Pickens Area. The tower was built in 1943 along with Battery 234 to direct the firing of the guns placed on the battery.  It was once one of many located on the Santa Rosa Island and Perdido Key.

The tower, constructed of steel, supports a two-story concrete observation booth weighing over 113,000 pounds is in critical need of preservation.

Following a careful review by outside engineering experts, the National Park Service has identified the next steps which will need to be completed in order to reopen the Battery Cooper Loop Road:

Both steps are currently in process, but will likely take several months to complete.  It is critical for visitor safety that they remain out of the closed area.

“Tower 234 and the batteries surrounding it are important historic of the Fort Pickens Area,” said Superintendent Dan Brown.  “Safety of our visitors is our top priority, and we believe these steps will keep our visitors safe and allow us to preserve the tower in the most appropriate way.”