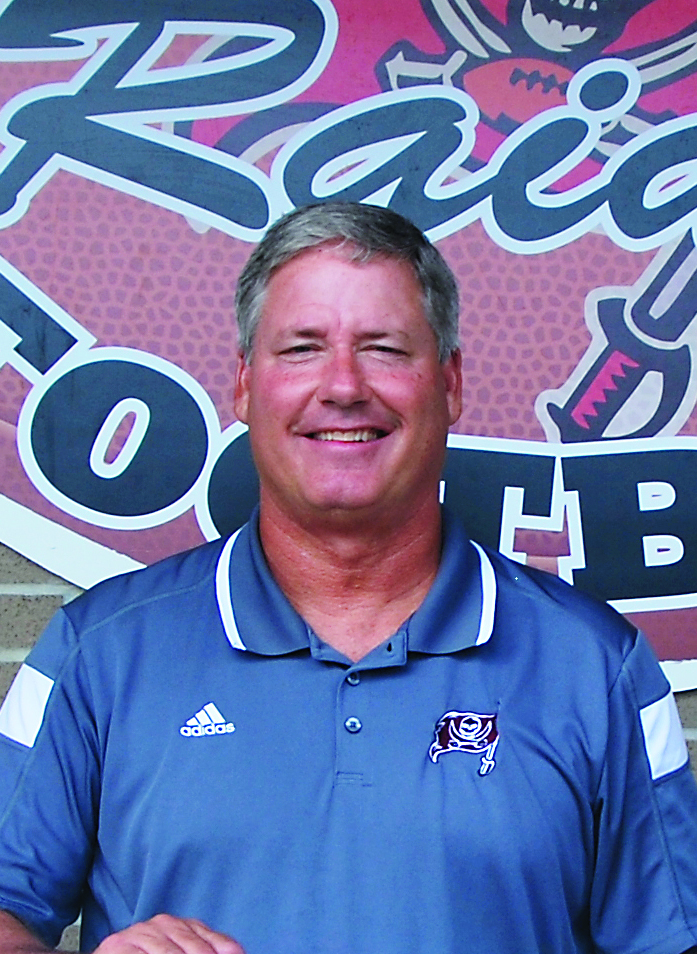 The Navarre Raiders tied up their scrimmage against Tallahassee’s Chiles High School last Thursday, giving spectators and head coach Jay Walls their first official look at the 2016 team.
The Raiders played their Varsity team the first two quarters, followed by their Junior Varsity squad during the second half.
On the sidelines watching every play was Walls, who was getting an idea of where his players needed improvement ahead of their game against Pensacola Catholic High School tonight.
“Chiles was a really good opponent. I’m really glad we played somebody like them. They’re a very good team and I think they’re going to do well this year,” Walls said. “A lot of the times in the early scrimmages you don’t do too well with special teams and we were solid there. For the first scrimmage, though, there were certainly some good things to note. ”
Things like the Raiders’ drive both offensively and defensively.
“In the beginning, we had a really good drive going offensively and then had a turnover that killed that drive. Other than that, we didn’t turn the ball over anymore during the first,” Walls said. “Defensively, we did give up some big plays early, but were able to settle down and ended up playing well. We didn’t give up any points after the beginning of the second quarter. We dealt with some adversity and came back and tied it up.”
The Raider football team went undefeated in their regular season last year, and was cut from the playoffs during their first game of the post season when they lost to Tate High School 23-22.
Walls said the team appeared to be a little rusty, but that’s what made playing Chiles an advantage.
“They’re a good team, and this gives us an idea of where we stand,” Walls said. “It’s our first live scrimmage. We’re a little banged up right now going into (tonight’s game against Catholic). It just seems like we have a kid hurt here and there and we’ve experienced really bad heat over the past week. Overall we played good, but there are certainly some things we have to fix.”
Fresh off the injury list for the Raiders this season is tailback Michael Carter. Walls said he was careful not to play the senior too much during the scrimmage for obvious reasons.
“We didn’t play him much because he’s just been released to play and hasn’t had a lot of live contact so we only played him about a quarter,” Walls said. “He had a couple of good runs.”
Carter suffered a severe knee injury in game 3 of the 2015 football season, but was cleared by his doctor to play back in July for the 2016 football season. The senior announced his commitment to play with the University of North Carolina Tar Heels on July 4 via Periscope.
“It was good for him to get in there and get that full speed contact,” Walls said. “You could tell he was a little rusty. All our kids were. Certainly we always want to score more points and win everything out right, but it was the first scrimmage. If we continue to work hard and stay healthy, we’re going to do just fine.”