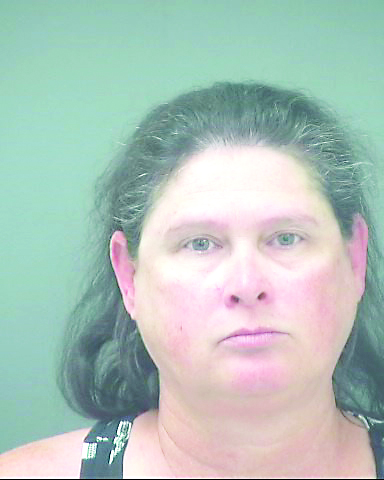 A Navarre caregiver responsible for tending to a 19-year-old Cerebral Palsy patient was charged with Neglecting a Disabled Person with Great Harm last Friday after an investigation determined the victim suffered nearly a year of neglect from the woman.
Selena Bunch, 51, of Catline Circle, was later arrested for the alleged abuse and put behind bars at Santa Rosa County Jail on $100,000 bond, which she later posted.
According to the Santa Rosa County Sheriff’s Office arrest report, Bunch was being investigated by the Department of Children and Families (DCF) earlier this year after the 19-year-old victim was admitted to Sacred Heart Hospital in Pensacola for a series of injuries that medical officials believed were caused from alleged abuse.
The victim was transported to the hospital back at the end of last year via Bunch and medical staff at the hospital noticed the victim had numerous bed sores, rotten teeth, matted hair and that the victim was “extremely filthy”.
According to the report, the victim has Cerebral Palsy and is non-interactive and immobile.
During the course of the investigation, it was found that the victim has two caregivers, with Bunch being the primary caregiver.
The DCF investigation stated that hospital staff noted that the victim had bed sores that were so bad that one was necrotic and exposed the bone. The staff also noted to DCF that the victim’s teeth were so unclean that they had massive calcium deposits on them. The medical staff noted that the victim’s body size was unusually small, suggesting that he/she was not being fed properly. During the hospital visit, the victim had to be ventilated due to being in Respiratory Distress.

The investigation determined that since coming into the care of Bunch, the victim had not been taken to his/her pediatric neurologist by Bunch, and that Bunch did not take the victim to any of his/her follow-up appointments with the neurologist when requested. The report indicated that the neurologist office contacted Bunch several times to schedule appointments, but Bunch would never take the victim to them.
When investigators visited Bunch’s home, they noted that there was not an adequate amount of medical equipment inside of the home to accommodate the victim. They also noted that the victim’s bed was not functional and “without proper function, (it) could not be positioned appropriately to prevent aspiration”. Medical staff believed that was why the victim entered the hospital in respiratory distress.
Also during the visit to the home, they noted that the victim’s bath chair and wheelchair were broken or inoperable. They noted in the report that the “lack of appropriate equipment was not due to financial hardships” since Bunch had a trust fund that covered the victim’s care.
The investigation determined that the alleged abuse took place over the course of 2015, the arrest report indicated.
According to Santa Rosa County Jail View records, Bunch has no prior arrests in Santa Rosa County.