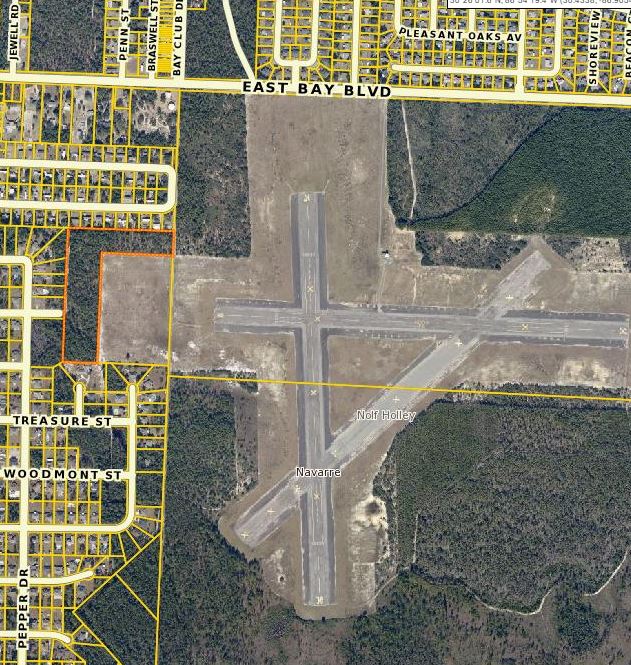 Ongoing construction of a solar array at the field has prompted a land development code amendment to remove the military airport overlay zone surrounding the field.

Santa Rosa County Commission Chairman Rob Williamson told fellow county commissioners during today’s board meeting the field is “not going to be used for any military purpose” any time soon and that an easement to the L-shaped parcel could be acquired.

In 2005 the county adopted a military zone around the field to protect it from encroachment.

Captain Todd Baylau, Naval Air Station Whiting Field Commanding Officer, submitted a letter of support for the move to the county, stating that the length of the runways at that field no longer satisfy Naval aviation purposes and the facility is being closed as an aviation asset.