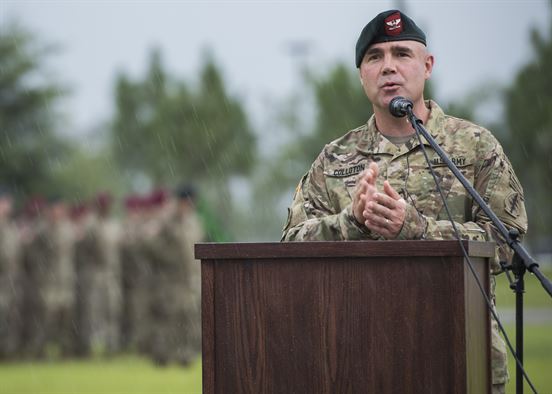 I hope everyone had a great Independence Day holiday! While we can date the actual birth of our nation to the signing of a piece of paper (our Declaration of Independence) we have to remember our freedom was ultimately won on the battlefield and paid for by the blood and lives of those willing to take up arms – then and now – so that our current and future freedom is ensured. Thank you to our military, their families, and all those who support our military!

I suppose the biggest military news the last few weeks was the big fire at the McKinley Climatic Laboratory at Eglin AFB a few days ago. If you saw all the smoke at the base or saw the pictures of videos in the news or on social media, it was quite spectacular.

I spoke personally with 96 Test Wing commander Brig. General Diertien, and he wanted to make sure the public understand that this was a fire — not an explosion as was reported by some outlets.

While the Air Force is conducting a thorough investigation into the accident, it looks as though the refrigerant used in the cooling systems at the laboratory, which is flammable, contributed significantly to the fire. Thankfully there were no injuries of consequence.

The Greater Navarre Area Chamber’s Military Affairs Council was honored to have Colonel Nate Green, commander of the 492d Special Operations Wing at Hurlburt Field as our speaker at our June meeting.

Col. Green, who by the way was awarded the Silver Star as a USAF captain and an AC-130 gunship pilot right after 9/11, gave us a detailed briefing about the wing he commands.

Our guest speaker will be U.S. Army Colonel Patrick Colloton, commander of the 7th Special Forces Group – the Green Berets. This is a real treat for us as Col. Colloton assumed command of the 7th SFG less than a month ago. We will be one of the first local groups to hear Col. Colloton speak and hear of his vision for the 7th SFG. You will not want to miss this meeting!

Thanks again to those in the military and those who support them. I hope to see you at our meeting on the 18th.