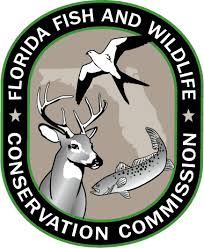 At its February meeting, the Florida Fish and Wildlife Conservation Commission (FWC) approved rule changes that prohibit importing or possessing whole carcasses or high-risk parts of deer, elk, moose, caribou and all other species of the deer family originating from any place outside of Florida. These rule changes continue the FWC’s work to protect Florida’s deer populations by reducing the risk of chronic wasting disease spreading into the state. The new rules go into effect July 1, 2021, and replace FWC Executive Order 19-41.

FWC staff worked with numerous stakeholder groups to develop the rule changes. Under the approved rules, people may import into Florida: de-boned meat; finished taxidermy mounts; antlers; hides; and skulls, skull caps and teeth if all soft tissue has been removed. In addition, the rules allow an exception for deer harvested from a property in Georgia or Alabama if such property is bisected by the Florida state line and is under the same ownership. However, the rule amendments do not include the permit option allowed under FWC Executive Order 19-41 to import whole deer or high-risk parts from properties in Georgia or Alabama provided certain requirements are met.

The FWC has been testing deer for CWD since 2002 and the disease has not been detected in Florida. CWD has been detected in 26 states and three Canadian provinces and is one of the most serious diseases facing state wildlife agencies. This infectious disease of the brain and central nervous system is always fatal for members of the deer family and there’s no known cure or effective vaccine. Currently, there is no scientific evidence that CWD can be transmitted to humans.

The abnormal proteins or prions that cause CWD can be transmitted through direct animal-to-animal contact as well as indirectly through contact with the saliva, urine, feces, blood and carcass parts of an infected animal. It can even spread through soil. Leaving CWD infected carcasses or carcass parts on the land can contaminate the soil and the CWD prions are capable of infecting other deer for years. Learn more about CWD.

The new rules are another step in an ongoing effort to reduce the risk of CWD being introduced into or throughout Florida. The FWC implemented its CWD surveillance program in 2002 and, in 2005, prohibited importing into Florida whole deer carcasses and high-risk parts from states where CWD has been detected. Importing live members of the deer family was prohibited in 2013 and, in 2019, EO 19-41 prohibited importing or possessing carcasses and high-risk parts of all members of the deer family originating from any place outside of Florida with exceptions.