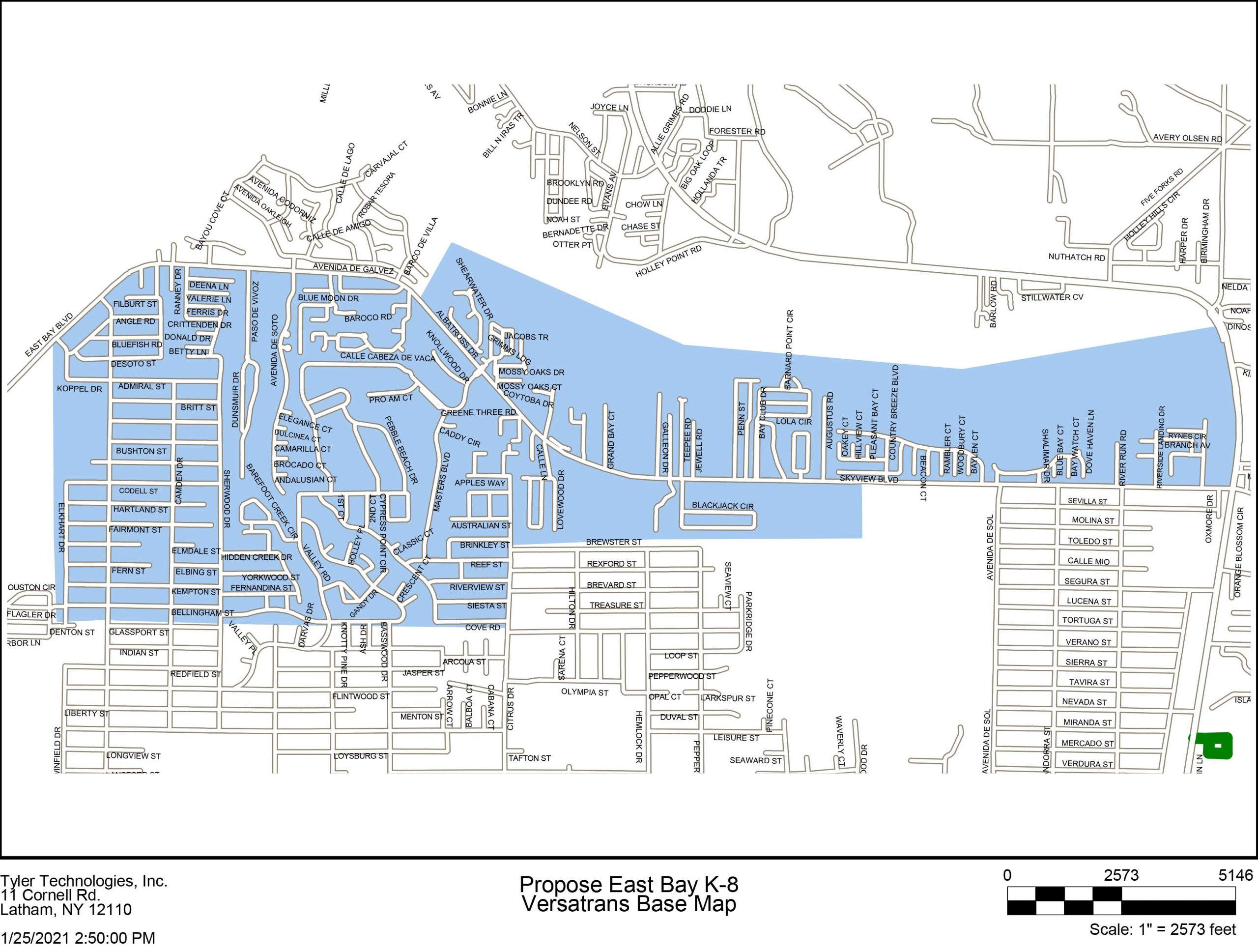 The East Bay K8 school will provide service for up to 680 elementary and 476 middle school students. The proposed rezoning would impact students living north of East Bay Boulevard from Hwy. 87 S west to Pelican Point Drive. Also, students on the south side of East Bay Boulevard, from Blackjack Circle west to Koppel Drive are proposed to attend the new school. Additionally, students living in Holley By The Sea from Citrus Drive north of Cove Road and Edgewood Drive north of Glassport Street as well as those living between Edgewood Drive and Elkhart Drive are also proposed to attend the new school

By February 11, each school listed will have copies of specific maps and legal descriptions of the zones that would be implemented, if the proposed boundary revisions are passed.

If the proposed rezonings are approved, students within the East Bay K8 zone would attend that school, starting with the 2021-2022 school year.

Copies of the rezoning information will also be available by February 11 on the school district’s website and at the Office of the  Superintendent of Schools, Dr. Karen Barber, at 6032 Highway 90, Milton, Monday through Friday, through March 9, 2021 from 8 a.m. to 3:30 p.m.