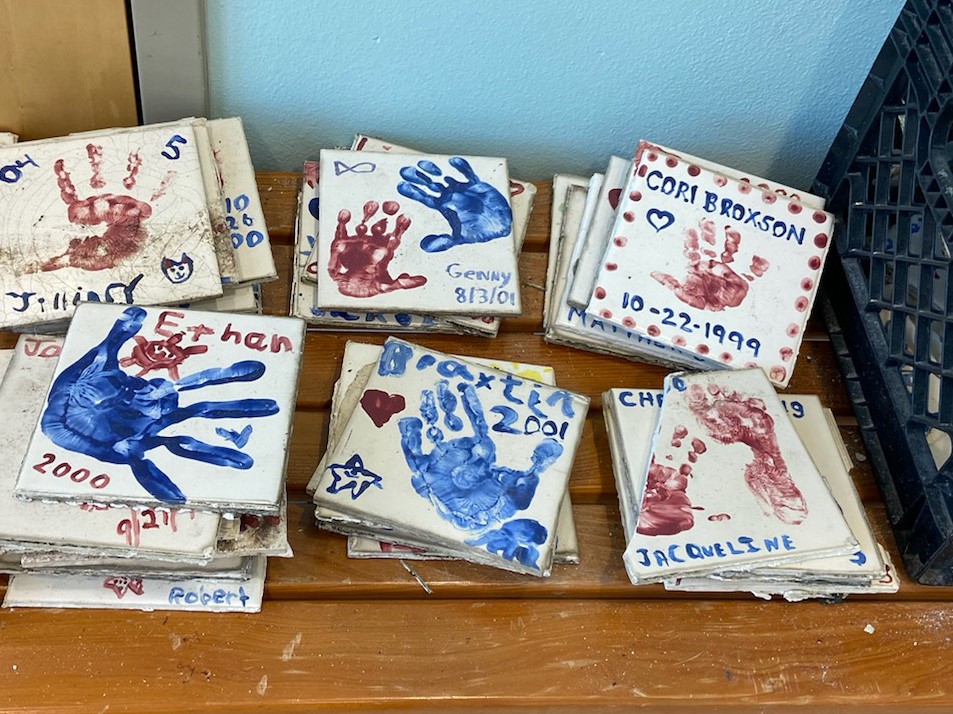 There’s an unobstructed, open view at the foot of Navarre Beach Bridge after contractors demolished the former Panhandle Butterfly House, basketball court, splash pad, landscaping and most of the existing playground at Navarre Park ahead of planned renovations. 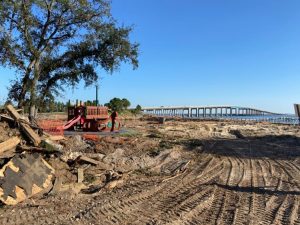 The east end of the park will remain closed during construction of new playground and parking areas, which are expected to open by July 4, 2021.

However, the Visitor Information Center has reopened, following storm debris cleanup at the park.

Care was taken during demolition to carefully remove personalized pavers along walkways and handprint tiles which had been affixed to walls around the pirate ship playground.

Pavers which had been around the Butterfly House are planned for relocation to its new location in Milton. According to the county, the other pavers will be repurposed in the park.

According to Santa Rosa County Tourist Development Director Julie White, families who had paid for the handprint tiles at the playground may pick up their tiles through the end of the month on weekdays from 8 a.m. until 4:30 p.m. in the foyer of the Visitor Information Center, located at 8543 Navarre Parkway.

White said the majority of the tiles are intact but some which had been affixed with a cement adhesive broke apart during removal.

She also said that despite Hurricane Sally, the park’s improvements, which will include an ADA accessible playground and outdoor music equipment, splash pad and more parking, have been on schedule.