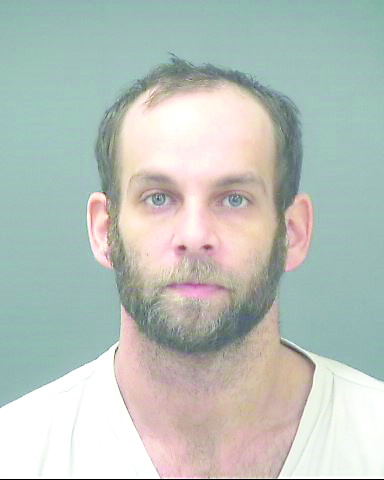 A couple trying to do a good deed for a homeless man got the raw end of the deal when he damaged their RV twice and stole about $400 in property from them after they gave the man $40 for food. The same man was also found to have broken into several units at a storage facility when the facility owner felt bad for the man and gave him a job after the suspect claimed he couldn’t afford to pay for his unit.
The suspect, Thomas Fuller, 31, was later apprehended for the crimes and charged with Property Damage, Burglary of an Unoccupied Structure, Grand Theft, Burglary of an Unoccupied Conveyance and was also slapped with a Probation Violation.
A local couple had an RV stored at Surfside Storage Facility in Navarre and went into their RV back on January 8 only to find the vent above the RV’s bathroom had been busted in and there was a man inside the RV.
The man, later identified as Fuller, admitted to breaking into the RV and apologized.
The couple felt bad for the man and allegedly gave Fuller $40 after the suspect told the couple he had been kicked out of his home by his girlfriend.
The man left and the couple was able to fix the broken vent above the bathroom, which cost them an estimated $180.
The next day, the couple went back to their RV in storage and found the vent had been busted in again and a television had been stolen out of the RV along with a DVD player and a media player.
Following the incident, the Santa Rosa County Sheriff’s investigating officer assigned to the case learned that Fuller was picked up by Okaloosa County Sheriff’s Office Deputies on an outstanding warrant on January 9.
He was later interviewed by the SRSO officer about the crime and released from jail in Okaloosa County.
On January 13, a storage facility owner who has a facility only a block away from Surfside Storage, called deputies after he alleged Fuller had destroyed several of his storage units. The storage facility owner told deputies that Fuller came to the facility last November with his then girlfriend saying he couldn’t pay for his storage unit anymore because he didn’t have any money.
The facility owner felt bad for the man and his girlfriend and agreed to allow Fuller to work off the debt by cleaning up trash around the facility for the next five weeks.
The storage unit owner later walked the premises and found Fuller had broken into 24 of the storage units and caused damage to several of the storage buildings. Fuller allegedly caused over $1,000 in damage, according to the SRSO arrest report, after he broke into an estimated 24 units.
Fuller was later apprehended for the crimes on February 11 and remains behind bars at Santa Rosa County Jail without bond on his Probation Violation and has $27,000 in bond on the remaining charges.