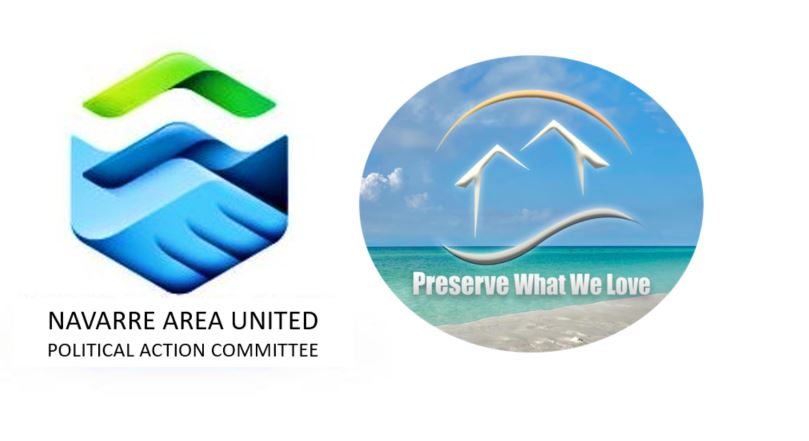 When a group is pursuing a goal, and members of that group decide to strike out on their own and hijack the effort and call it their own, you must question two things – motive and agenda.

The motive – a narcissistic desire to be the public face of an effort – ego.

Navarre Area United has been pursuing the question of incorporating Navarre since 2018. The effort had built quite a bit of momentum in getting a non-binding referendum on the ballot in 2020, until the COVID-19 shutdowns prevented getting the necessary petitions. The majority of the group felt it was best to continue the effort but refocus on the 2022 election cycle.

At this point Chuck Pohlman decided it would be better to ask the BOCC for a waiver on the petition requirement and let us have the referendum anyway. This would not only be asking for an exception they wouldn’t grant but would mean a vote without having a feasibility study to inform the voters, something he didn’t feel was important. The idea was quickly vetoed, at which point Chuck left the group.

Then Preserve Navarre was born.

At first, they promised that they weren’t going to seize the initiative on incorporation, that they would work jointly with NAU and work on issues important to Navarre.

But then they started recruiting members in Navarre, telling them that NAU had folded and that they were going to pick up the ball and run with it, which wasn’t true. They accused NAU of not being transparent, which also isn’t true – all of NAU’s finances are reported to the Supervisor of Elections office and are all available as public records. They then portrayed themselves as eminently more capable of running such an effort and the only ones who could make this succeed, which narcissists tend to do.

After putting on the front of only gathering and presenting information, Preserve Navarre began to merge with the remnants of the failed INC. Navarre effort of 2014. The talking points began to closely resemble theirs, as well as the strategies on how to get things done.

After months of attacking elected officials and anyone who might disagree with them, we now have a feasibility study. It’s a rehash of the 2014 study – a bloated city hall with lots of patronage jobs as well as unrealistic budget and taxing concepts.

In the end analysis, the motives and agenda are plainly evident.

In your face tactics, the majority of contributions paying salaries, and a city that would be the personal plaything of certain local personalities – that’s what we have here.

Whether you are for or against incorporation, this is not the way.