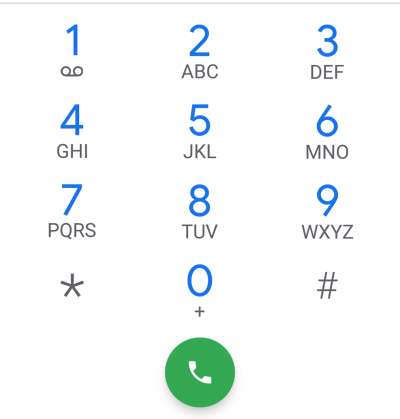 The 850 area code is expected to run out of new numbers by the third quarter of 2021, so the Florida Public Service Commission today approved an overlay area code of 448.

Officials say that means new phone numbers within the 18-county Panhandle region, which includes Santa Rosa County, starting around mid-2021, will be assigned a 448 area code.

It also means local calls will require the use of 10 digits, including the 850 or 448 area code.

According to the PSC, over the past several years, Florida’s telephone customers have had to adjust to a series of area code changes within the state.

A number of factors are contributing to the need for additional area codes in Florida (and around the nation), but the problem boils down to the fact that available phone numbers are being “used up” faster than ever before. This is due in part to recent technological advances. Personal computers, fax machines, pagers, cellular phones, ATMs and numerous other devices have exploded in popularity over the past few years – and very often, each of these devices is assigned a separate phone line. In theory, an area code can hold just under 8 million phone numbers, but new technology is making those numbers go fast.

Another significant factor behind the shortage of telephone numbers was the outdated method used to allocate phone numbers. The federal government assigned telephone numbers in groups of 10,000 to telecommunications companies that requested them — regardless of how many (or few) phone numbers the companies may actually have needed to serve their customers. To illustrate the point, imagine that a local phone company in a sparsely populated area needs only 500 new numbers to meet its customers’ current needs; that company would nevertheless be assigned 10,000 new numbers by the federal government. Since there was no provision for “recycling” those 9,500 unused phone numbers, they were simply removed from circulation — and the number of available phone numbers in that area code was reduced. However, number pooling, the process of assigning telephone numbers in blocks of 1,000, has alleviated much of that problem. Number pooling has been implemented in 17 area codes in Florida and has resulted in extending the lives of area codes in all areas.