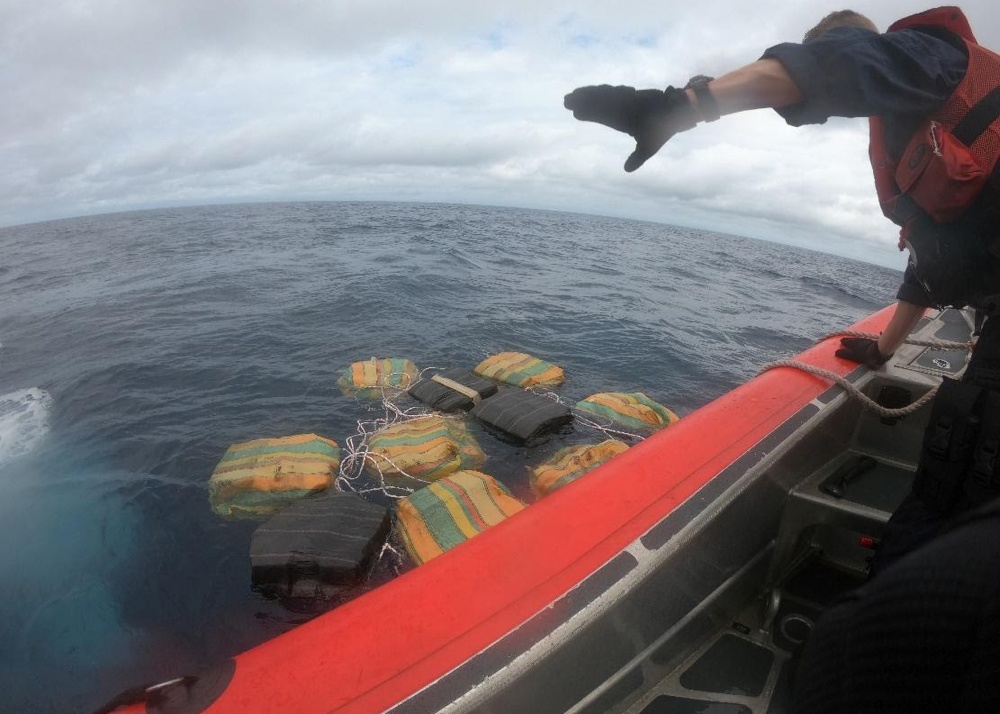 The crew of the Coast Guard Cutter Decisive (WMEC-210) returned to their homeport of Pensacola Nov. 3, after completing a 40-day counter-drug patrol in the Eastern Pacific Ocean and offloading $20.3 million worth of cocaine and marijuana in southern Florida.

In the Eastern Pacific Ocean, the crew of the Decisive interdicted two go-fast vessels and a low-profile vessel, carrying a combined total of approximately 900 pounds of cocaine and 2,735 pounds of marijuana, with an estimated street value of $20.3 million of illegal narcotics

“Overcoming Hurricane Sally destruction at home, team Decisive set sail and performed exceptionally down range,” said Cmdr. John McWhite, Decisive’s commanding officer. “Counter narcotic operations and tactics are ever evolving, and our time in the operational area was short but we were highly efficient, relying heavily on each other and remaining adaptable. We maintained our ready posture with a continued focus on team over self; the key to our success.”

To ensure the safety of Decisive’s crew during the COVID-19 global pandemic, the crew conducted pre-deployment COVID-19 testing, followed by a 14-day monitoring period. Throughout their patrol, Decisive’s crew maintained strict health precautions during all interactions with the public, including wearing N95 masks at all times and undergoing intensive health screenings prior to each boarding.

On April 1, U.S. Southern Command began enhanced counter-narcotics operations in the Western Hemisphere to disrupt the flow of drugs in support of presidential national security objectives. Numerous U.S. agencies from the Departments of Defense, Justice, and Homeland Security cooperated in the effort to combat transnational organized crime. The Coast Guard, Navy, Customs and Border Protection, FBI, Drug Enforcement Administration, and Immigration and Customs Enforcement, along with allied and international partner agencies, play a role in counter-drug operations.

The fight against drug cartels in the Eastern Pacific Ocean and the Caribbean Sea requires unity of effort in all phases from detection, monitoring and interdictions, to criminal prosecutions for these three interdictions by United States Attorney’s Offices from the Middle District of Florida and the Southern District of Florida. The law enforcement phase of counter-smuggling operations in the Eastern Pacific Ocean is conducted under the authority of the 11th Coast Guard District, headquartered in Alameda. The interdictions, including the actual boardings, are led and conducted by members of the U.S. Coast Guard.

The Decisive is a 52-year-old 210-foot medium-endurance cutter homeported in Pensacola.