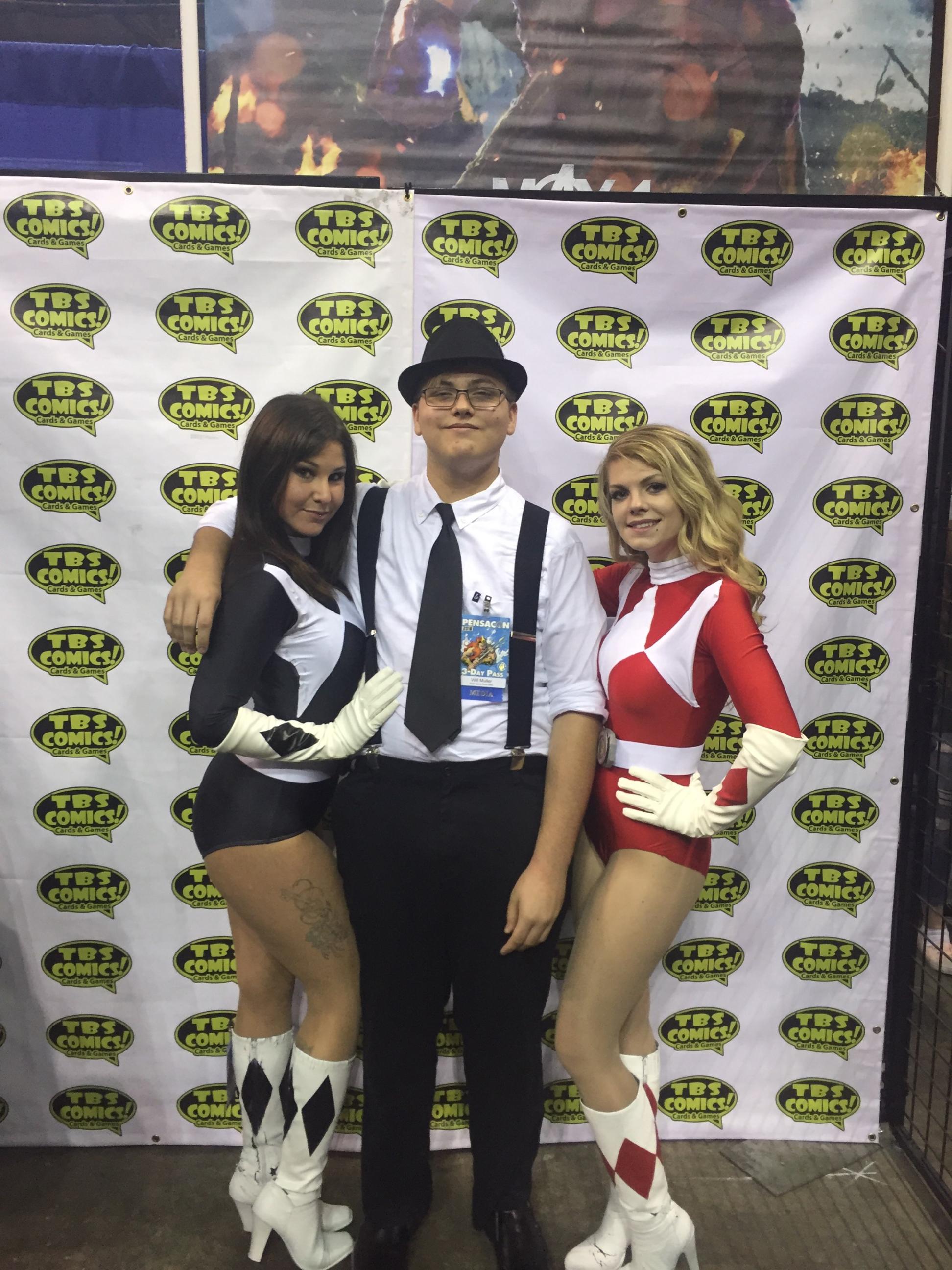 Since 2015 my dad and I have traveled to Pensacola for Pensacon. My dad didn’t know what he was in for!

I still remember the first year we attended, the Cosplay outfits, people and the amount of vendors opened my dad’s eyes up! He didn’t realize the amount of support and interest these functions had nor the vast differences of characters, panels, authors and games being represented.

It was cool for me to have to explain everything to him and for him to take an interest into something besides racing and work.

I wanted to be a 50’s style reporter this for Pensacon and interview some people. Romi White, publisher of South Santa Rosa News, thought it was a good idea. So badges in hand, my dad once again made the trip to Pensacon.

The crowds where huge like last year, the organization this year was great! Security was fast and efficient; the map and event times were spot on.

We always do the vendor walk first, shoulder to shoulder with a mass of characters – some of which even my dad recognized!

Photos are always a must but always ask first. Cosplay doesn’t mean consent — kind of an unwritten code.

The TCB Comic Store had a booth. I took a photo with The Power Rangers. My Little sister loves them, so I had to get a picture for her. I also interviewed the owner, Ed Nehring.  He said his dad was the one who introduced him to this addiction and that he was able to turn it into a full time job and career. Reminds me of my own dad and his auto repair shop.

After the vendor floor we went up through the rest of the Bay Center, seeing the actors on hand.

A friend took photos with Ryan Hurst, Tommy Flanagan, and many others. And my dad got all excited when he saw Lou Ferrigno, The Incredible Hulk.

The event took place at several locations in Pensacola, including the Pensacola Bay Center, Pensacola Grand Hotel, Rex Theatre and Saenger Theatre. There was a free trolley shuttle service to get you where you needed to go to.

We participated in a few panels, such as Pencils vs Ink, which discussed how artists draw scenes and Inkers enhance and define it with ink or color, putting their own twist on the drawing.

On Sundays each year I schedule playing Dungeons and Dragons. This year was awesome, our Dungeon Master and the set was off the hook. It was a great exciting, interactive game until the end.

I finished the day exploring vendors on the floor and purchased a few things, including a dice set, figurines and a Pikachu miniature for my little sister.

This year’s Pensacon 2018 was one of the best so far; they keep improving it and making it better. I can’t wait until next year, I bet my dad can’t either!