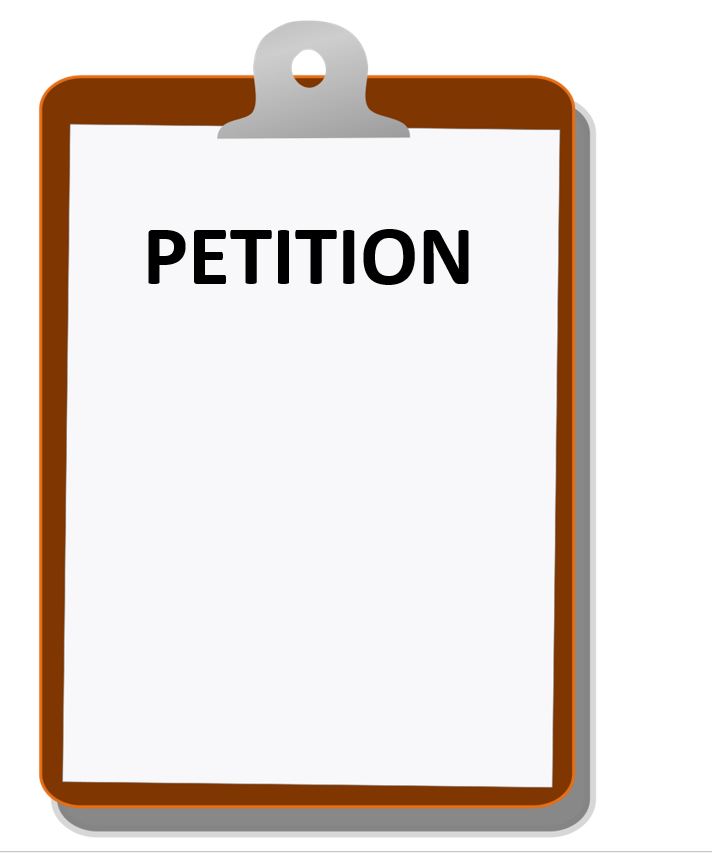 Navarre resident Bryan Duncan, a member of Holley-Navarre Water System, today started a petition calling for the removal of HNWS board members who on April 2 interviewed and/or during a closed-door meeting April 17 approved hiring John Childs as Hidden Creek’s new golf course manager, firing Jim Morgan, who had 10 months remaining on his contract for that position.

Morgan subsequently issued an April 23 demand for a $285,000 settlement to the utility, Hidden Creek and board member Geo Mayer.

Duncan in his April 25 letter to HNWS Debbie Gunnoe requested a meeting to remove her, HNWS President James Calkins and board members Ricki DeSantis and Geo Mayer.

“It is my belief that if these board members continue irreparable harm will be done to Holley Navarre Water System (HNWS) and its affiliate corporations.  This is a member-owned organization and should be managed by people who have the members interests at the forefront of their actions. It appears that these board members are incapable of acting in the members or HNWS’s best interests and are only on the board to serve their own interests,” stated Duncan.

Per HNWS corporate requirements, Duncan will need to gather 1,400 signatures to prompt the action.

Additionally, Duncan’s letter stated that should the number of signatures exceed 50 percent plus 1 votes of the membership the meeting would also serve the purpose of amending HNWS corporate bylaws to remove the requirements of proxy voting and “create a true election process.”

EDITOR’S NOTE: A signable copy of Duncan’s petition will be published in the opinion section of South Santa Rosa News on Friday, April 27. Readers can also print and sign the form below and turn it in at Navarre Auto Repair (1942 Hwy. 87 S) or Ron The Sign Man (10016 Navarre Parkway). 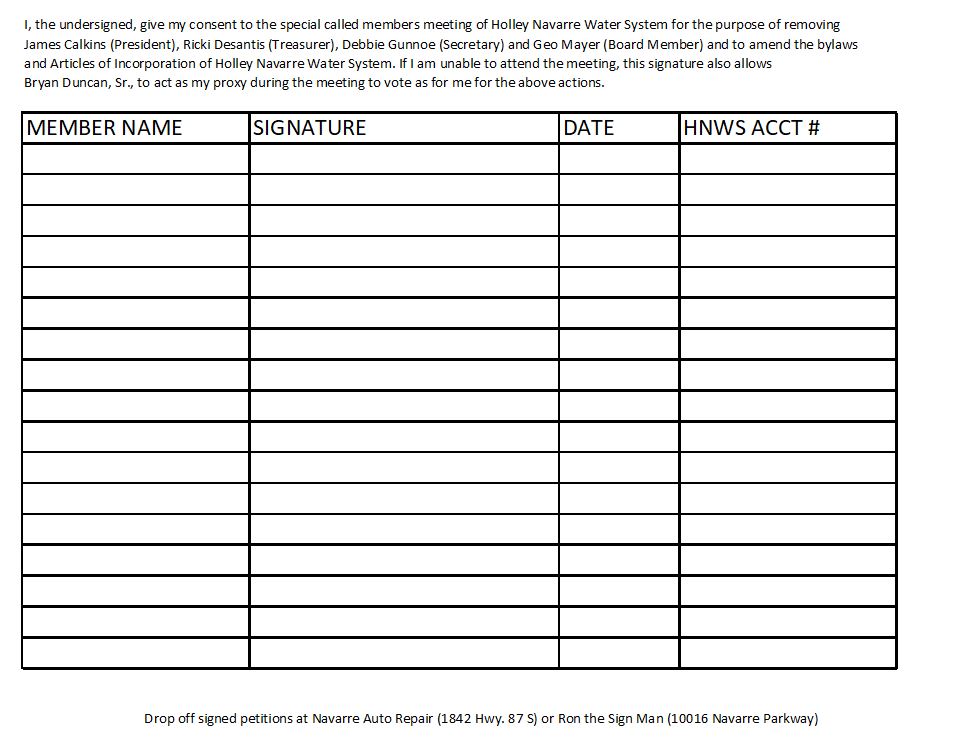