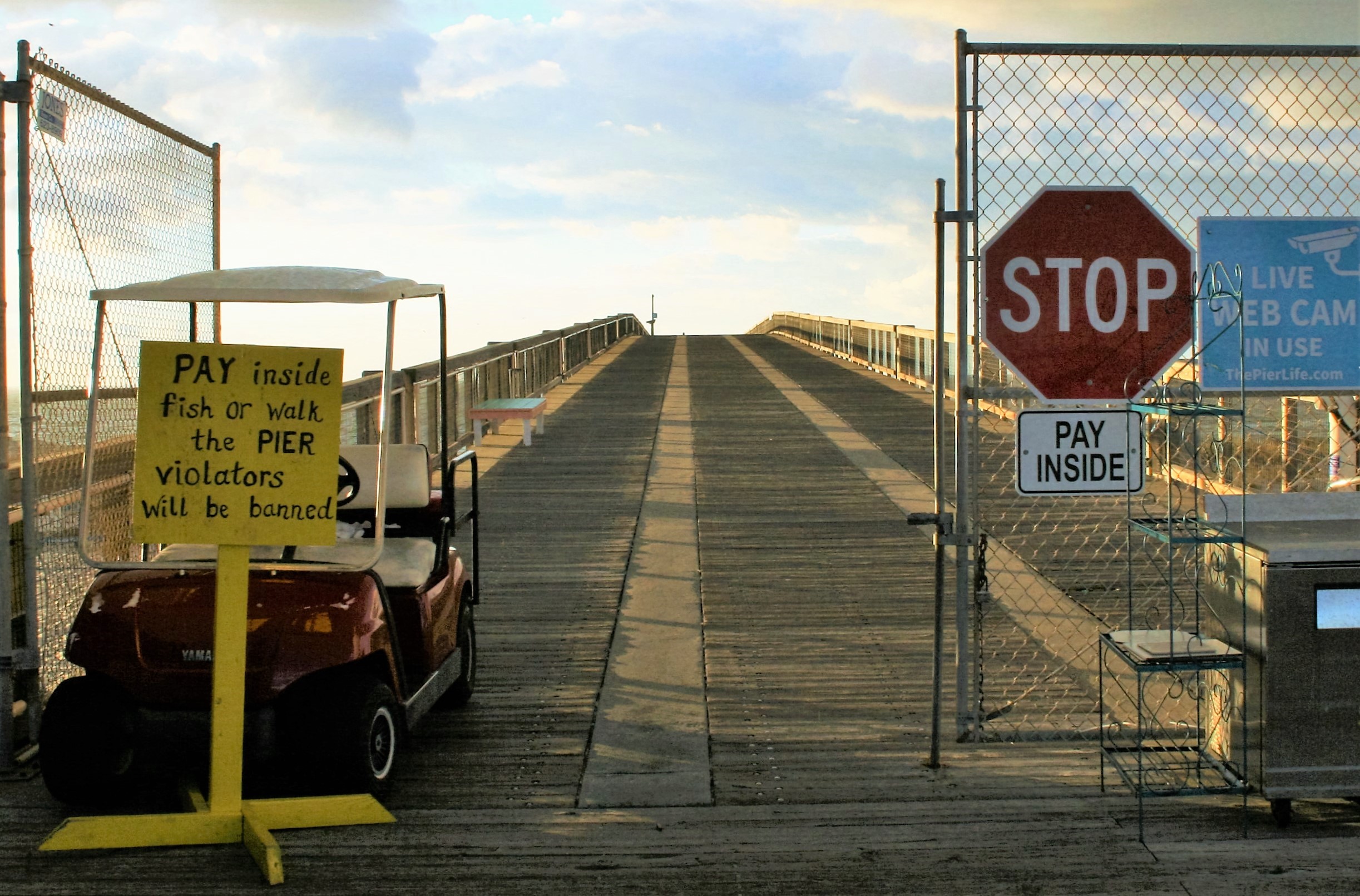 Santa Rosa Commissioners will discuss the future of Navarre Beach Pier’s management company at their first Committee meeting of the new year, January 11.

Coastal Concessions, Inc. may or may not be thousands in default.  As of January 6, the company still owed the County some $7,000 in underreported gate fees & sales; plus $11,000 in late fees and about $29,000 in utilities the County paid by mistake.

The Board had discussed the possibility of forgiving some of the company’s late fees and reimbursing them for renovation costs at the December 10 commission meeting.   The contract stipulated the facility would be in “turnkey” condition when the management company took it over, but company owners say they spent $180,000 on rebuilds and substandard equipment replacement to bring it up to par.

Also on the agenda, Commissioners will discuss:

*Accepting another $40,000 in grant money from Florida’s Department of Transportation.  The grant is part of a landscape U.S. 98 landscaping project from west of Andorra St. to Ortega.  The County asked for the extra funding, which increases the original grant from $171,300 to $211,300, after bids for the project came in higher than expected.  The County approved $80,864 in Tourist Development money, November 5, to cover the rest of the $292,164 low bid amount.

*New sidewalks to connect the Navarre Senior Center and Navarre Public Library to Highway 87.  The $61,000 project will run along James M. Harvell Rd. between Hwy. 87 S and Presidio St. and connect to the existing sidewalk on Hartington Dr.  It will be funded by unspent impact fees.  Santa Rosa established the fees, paid by developers to mitigate roadway costs of new housing, in 2005 and suspended them in 2009.  The County revoked the fees entirely in 2015.

*Avalon Blvd. construction progress.  The four-lane project on the north end of the road began in 2009 and should have been completed by October 2015.  It is now projected to be completed by February 2016.

*Use of the Navarre Beach parking lot on April 2-3, 2016 for a two day fitness competition.

*An update on Santa Rosa’s recycling program.  Santa Rosa County recently received notice that the local recycling contractor discontinued their agreement with haulers.  The interruption is predicted to last four to six months, and officials say the process is underway to find an alternative.

*A Pour in Place Safety Surface contract for the Holley Ball Park playground to J. A. Dawson & Company in the amount of $34,589.75 based on comparison shopping through U.S. Communities pricing with funding from District 4 Recreation Funds.

*Purchasing a football scoreboard for the Navarre Sportsplex from Varsity Scoreboards.  The board will cost $7,641.87, proposed to come from District 4 recreation funds.  According to County information, the Navarre Youth Sports Association will reimburse the District 4 recreation fund $5,250.00 upon receipt of a contribution from Buffalo Rock/Pepsi.

*Vacation of alleyway between lots 3-12 and lots 13-22 in Block 656 of the Avalon Beach Subdivision as requested by Tim Legge and Jerri L. May.