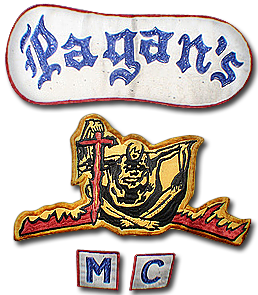 On 6/8/21 at approximately 5:15 pm, Deputies with the Santa Rosa County Sheriff’s Office were dispatched to 8121 Hwy 90 in Milton. The call was about a shooting at the Spokes and Kickstands bar. Within minutes, Deputies were on scene. During the investigation we learned the following:

A fight ensued at the bar between 2 motorcycle clubs, the pagans, and the outlaws. One individual sustained injuries during the fight and had to be transported to a local area hospital. During the fight, a handgun was discharged but no one was injured due to the weapon being fired. Within a short period of time, Deputies were able to identify 2 of the biker members involved in the fight. They are:

This is the second incident involving these motorcycle groups in Santa Rosa County. Ford and Stabler currently have active warrants.