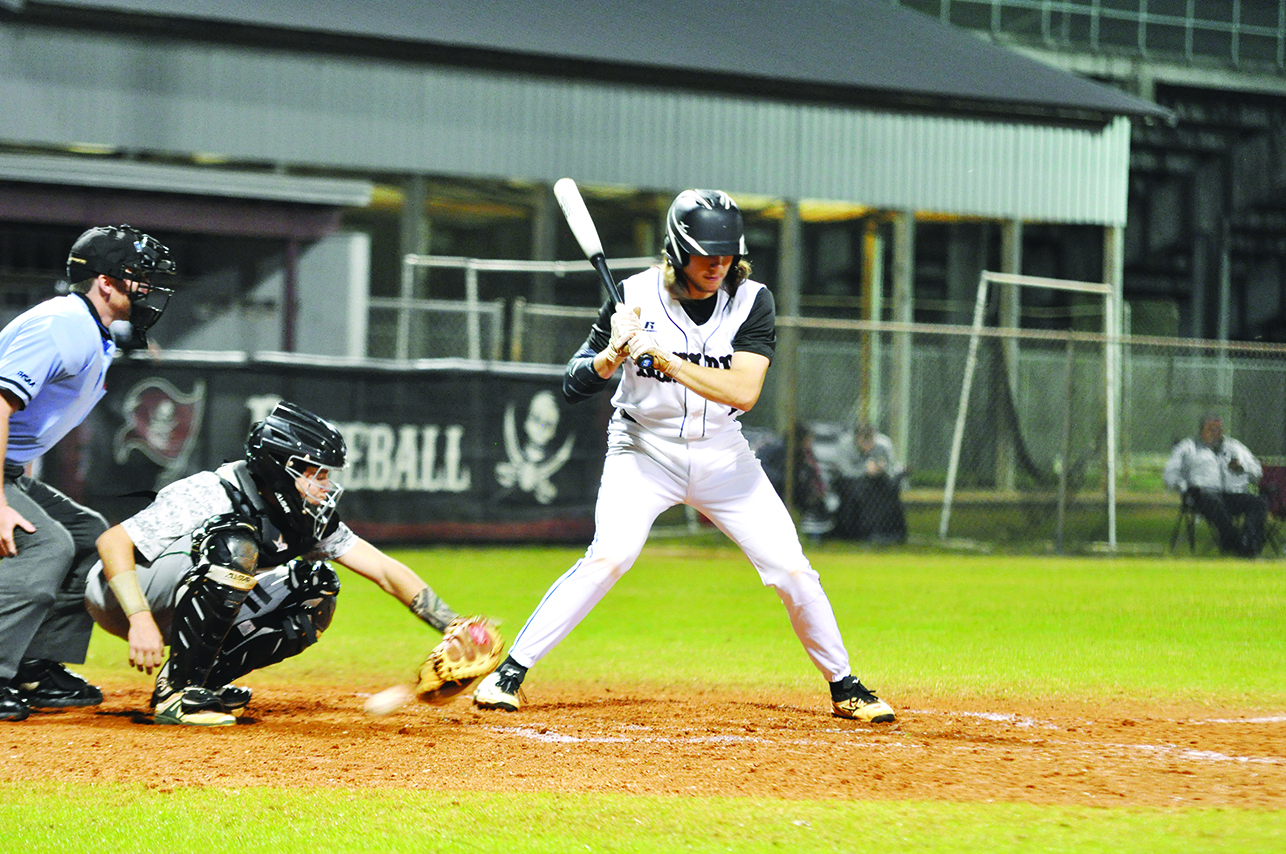 Coming out of a 14-7 loss over the Pace Patriots, the Navarre Raider baseball team wanted to look towards a better season when they matched up against Pensacola Catholic High School on March 9. And the team got exactly what they wanted, a solid win, pushing their overall season up 2-5 overall and 0-2 in the district.
Both Navarre and Pensacola Catholic went toe-to-toe through the first two innings. Both teams were unable to put a run on the board thanks to fly balls and solid pitching efforts from both pitchers, including Navarre’s own Brandon Villanueva.
The third inning, however, was a different story. 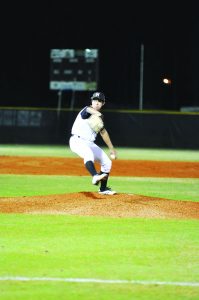 At the top of the third, Pensacola Catholic slugged out two runs to put them in the lead. But the momentum was short lived as Navarre came back with 2 runs to keep them in the game against the Crusaders.
The fourth inning proved to be a struggle for both the Crusaders and the Raiders, with both teams unable to polish out any runs.
It wasn’t until the fifth inning that the Raiders proved they wanted a comeback. Although the Crusaders were able to put one run on the board at the top of the fifth, it was ultimately Navarre who would come back in the bottom of the fifth to put 5 runs on the board for their team, putting the score 7-3.
After a no-run sixth inning, the Crusaders had a chance for a comeback at the top of the seventh, but their efforts were still not strong enough for Villanueva’s pitches. The inning ended the game with a Raider 7-3 win.