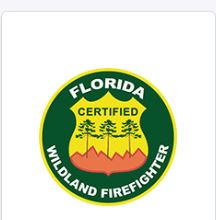 While most of Escambia and Santa Rosa counties received rainfall, it was not enough over the fire areas to truly extinguish either the Hurt Hammock or 5 Mile Swamp fires, according to the Florida Forestry Service.

“The nearest weather station to Hurst Hammock is reporting 0.19 inches of rain this morning while the closest to 5 Mile Swamp shows less than 0.10. Neither amount is enough to declare these fires out for good,” said FFS Region I Spokesman Joe Zwierzchowski, who pointed out that more rain is forecast today and later in the week.

The 2,215-acre fire was 97% contained as of Sunday, May 17, and pockets of unburned vegetation remain in the thick swamp north of Interstate 10 but no issues were reported.

“As patrol operations continue, residents are likely to witness what’s known as reburn as trees that were affected by the fire but not completely burned will drop their remaining leaves and needles as they begin their recovery process. These needles and leaves could land in lingering hot spots that are well inside the fire lines and flare up,” said Zwierzchowski. “Crews have been mopping up hot spots within 50 feet of the fire line for several days so any reburn that occurs should pose minimal risk to containment but could create an increase in smoke in some areas.”

Per FFS, motorists are encouraged to be on the lookout for smoke on local roads. Drivers should treat the smoke as fog, turn on low-beam headlights and slow down. If conditions worsen, drivers should pull safely off the side of the road and turn on their hazard lights while waiting for visibility to improve.

Escambia, Santa Rosa and Okaloosa counties have enacted burn bans and the Florida Forest Service is not issuing burn authorizations. Residents are asked to call the non-emergency line for their respective area (850-983-1100 for Santa Rosa) to report violations and 911 for emergency situations only.