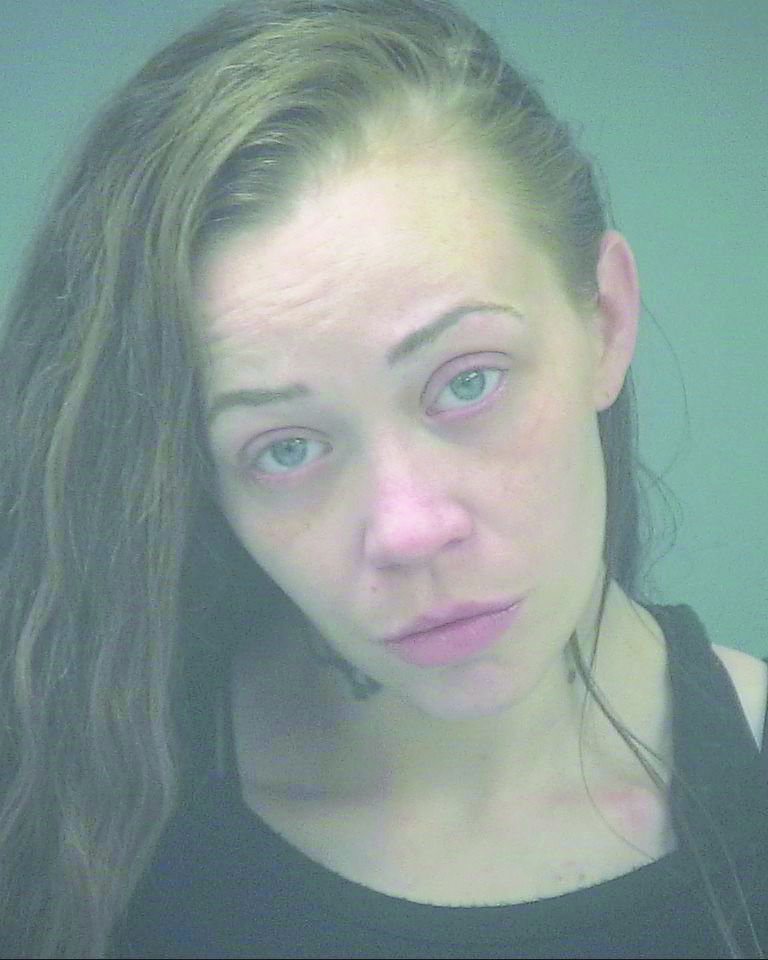 A Santa Rosa County Deputy on April 21 responded to a reckless driver complaint near Garcon Point Bridge, and following the related traffic stop Navarre woman was busted for drugs.

According to the arrest report, the complainant had told SRSO dispatch that a white female was in front of him in the toll booth line and appeared to be intoxicated or high. Dispatch also advised that the vehicle was reportedly running off the road and into oncoming traffic. A description of the suspect’s vehicle was also reported.

The responding officer observed the suspect vehicle and turned around to get behind it. He then observed it run off the shoulder of the road twice and initiated a traffic stop for failure to maintain a single lane.

The officer approached driver, who was later identified as 30-year-old Melanie Horne, of the 2200 block of Avenida De Sol, and observed her to be “unsteady on her feet” when she initially exited the vehicle.

Police discovered that her driver’s license has several active suspensions, and she was listed as a habitual traffic violator as of January 9. A search of her person and vehicle was conducted during the course of the traffic stop.

During a search of the vehicle a brown plastic grocery bag was discovered in the passenger’s side floorboard and contained the following:

Horne was read her Miranda warning. According to the arrest report, she told police she does not use narcotics and said the vehicle is a rental and that a friend from Pensacola rented it.