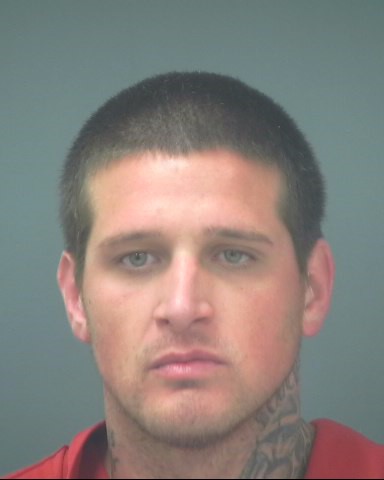 On June 28, 2016, Bryant was fleeing officers because he was wanted on a felony warrant. The 29 year old Bryant fled from deputies in Navarre, speeding through residential areas at more than 90 miles per hour. As the officers pursued Bryant, they were met by a K9 deputy approaching from the opposite direction, Bryant made an abrupt turn at the K9 deputy’s patrol car, forcing the K9 deputy to back up to avoid being hit. Shortly thereafter, Bryant slammed on his brakes without cause, causing a collision with another deputy who was in pursuit. Next, he drove at the K9 deputy and crashed onto that officer’s patrol car. Bryant continued to flee but was apprehended by an officer once his car got stuck in sand. Bryant was armed with a knife and had methamphetamine in his pocket during his arrest.