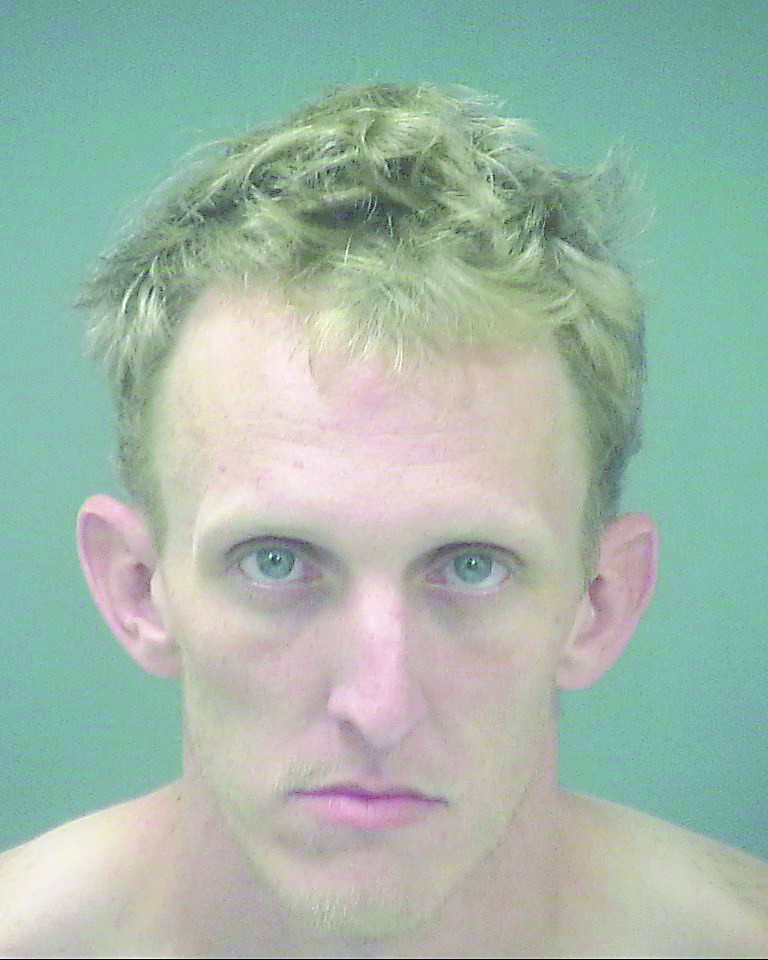 A Gulf Breeze man was charged with a third degree felony last Thursday after he allegedly pointed a barrel of a shotgun at his own father’s face and stated “I’m going to shoot you”.
The suspect, 30-year-old Scott Kapusciak, was arrested after being found with the loaded shotgun and was charged with Aggravated Assault With a Deadly Weapon.
According to the Santa Rosa County Sheriff’s Office arrest report, deputies were dispatched to a home on Church Street in Gulf Breeze last Thursday in reference to a disturbance complaint via the suspect’s mother. She told authorities that she had received an earlier text message from her husband stating that Kapusciak had held a gun to his face, the report stated.
Upon arrival on scene, deputies spoke with the victim who stated that he got into an altercation with his son, Kapusciak earlier that day. The victim stated that at one point, the suspect entered the home with an “all black” shotgun and sat down next to him at the kitchen table.
According to the report, the suspect told the victim once he sat down that “everyone is tricking me”. The victim told the suspect that he had no idea what he was talking about, which is when the suspect allegedly raised the shotgun and pointed it at the victim, the report stated.
The victim told law enforcement that while Kapusciak held the shotgun at his head, he stated “I’m going to shoot you”, the report indicated. The victim stated he told his son to shoot him because he knew it would keep him from doing it, the report noted. He told law enforcement that he told his son to shoot him because the suspect is known to freeze up when his reaction is different than what the suspect expects.
The victim said that his son became enraged after he told him to shoot him and left the home in a pickup truck, the report stated.
Law enforcement officers later located the pickup and detained the suspect with the gun inside of the truck. The “all black” gun was spotted on the passenger seat of the truck.
The report stated that the gun had its safety on, but had a round loaded into the chamber.
The suspect told law enforcement that the gun was his and admitted to officers that it had a round in the chamber, according to the report. After being questioned about what happened earlier on that day, the suspect told law enforcement that he “did not remember” pointing a shotgun at his father.
Based on the investigation and the account from the victim, Kapusciak was placed under arrest and booked into Santa Rosa County Jail. The suspect remains behind bars as of press time with $7,500 bond.