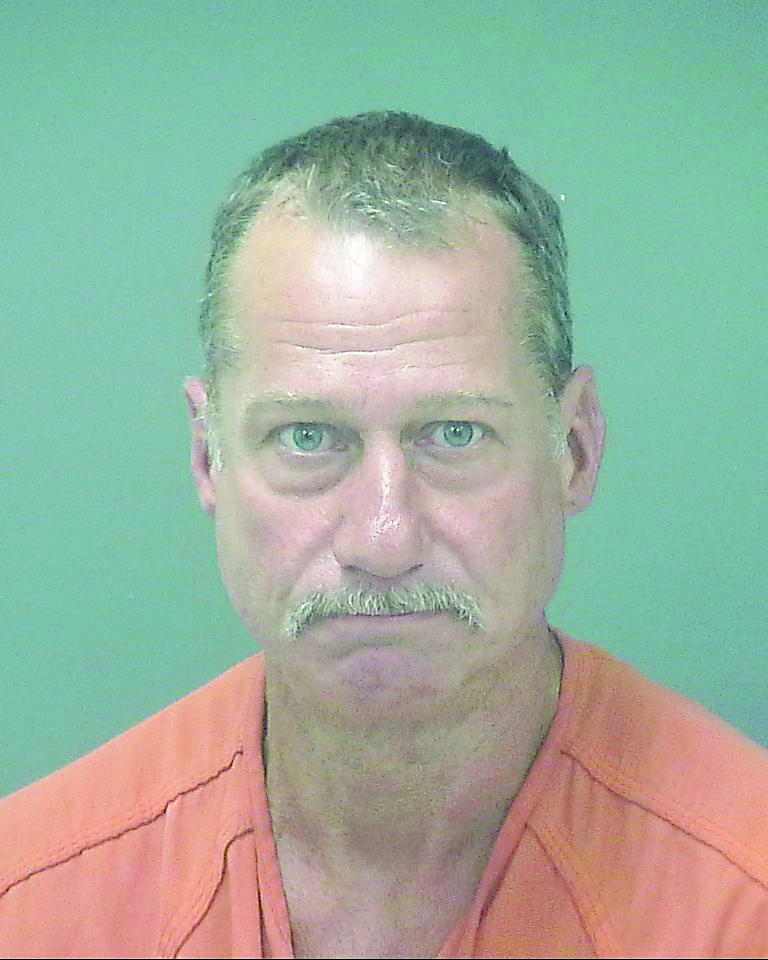 A Navarre man landed in hot water last Saturday after he allegedly assaulted his ex-girlfriend, fled from the scene of the crime and attempted to hit a law enforcement officer with his vehicle.
The suspect, 51-year-old Brice White, was eventually apprehended after fleeing from police and was charged with DUI, Fleeing/Eluding Police, DUI, Assault on a Law Enforcement Officer, Battery, two counts of Aggravated Battery, Property Damage and Burglary.
According to the Santa Rosa County Sheriff’s Office arrest report, SRSO deputies responded to a physical disturbance on Presidio Street in Navarre last Saturday at around 5 p.m. Upon arrival, they met with the victim, White’s ex-girlfriend, who stated White came over to her home and refused to leave. At one point, White became “aggressive” towards the victim and grabbed her.
During the scuffle, the victim’s son came out of the residence with a bat and started to hit White with the bat. White eventually pried the bat out of the victim’s son’s hands and hit the man in the knee with the bat. The victim’s son tried to get the bat back, and a scuffle ensued on the ground.
Following the altercation, White fled from the residence. Roughly 30 minutes after the altercation occurred, deputies located the suspect’s vehicle driving down Anchor Drive in Navarre. The deputy who spotted the suspect’s vehicle activated his emergency lights, and the suspect made a U-Turn after seeing the lights. Another deputy was driving on Anchor Drive and White made an attempt to drive towards the police cruiser head-on, mirroring the car’s movements in an attempt to purposely hit the cruiser. The deputy eventually stopped in the middle of the roadway and White increased his speed in his vehicle and drove directly towards the cruiser. The deputy in the vehicle claimed he was “in fear that White was going to hit him”, but the suspect dodged the cruiser last-second, narrowly avoiding the deputy’s cruiser.
The two deputies continued to follow the suspect, and at one point, the suspect, again, tried to hit one of the cruisers. Eventually, White pulled into a driveway on Anchor Drive and deputies surrounded the vehicle. According to the report, White exited the vehicle with a beer in his hand and began drinking it as he was being ordered to drop the beverage to be handcuffed.
White was eventually handcuffed and transported to Santa Rosa County Jail. White remains behind bars as of press time with $104,000 bond.