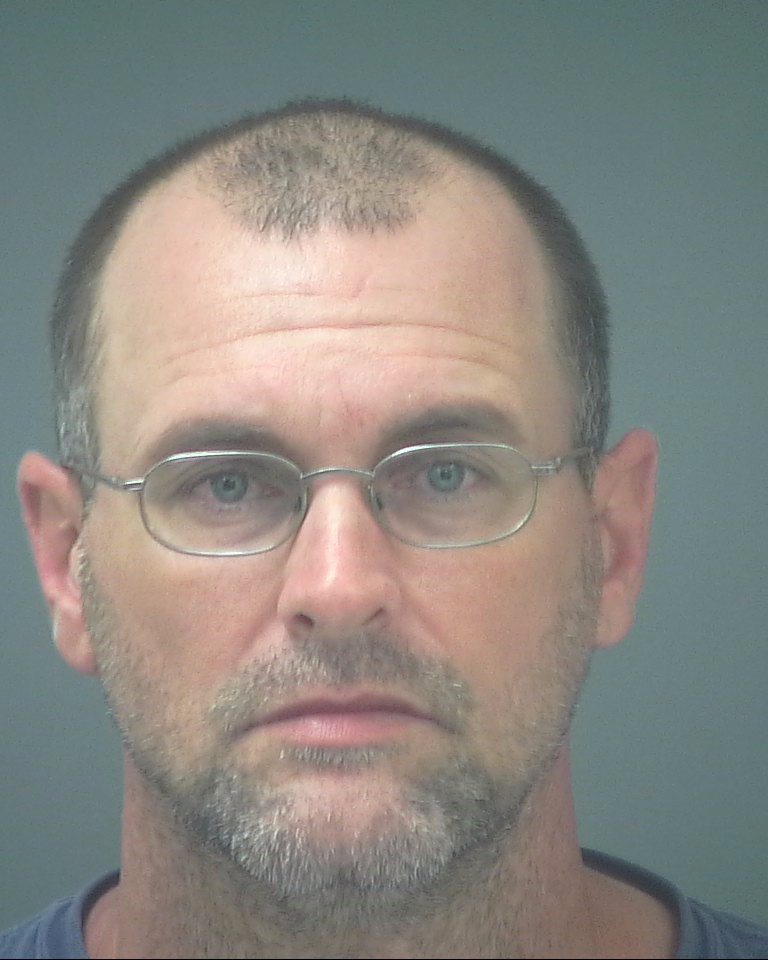 A 43-year-old Navarre man was slapped with a felony Sex Offense charge after he was allegedly caught attempting to take hidden camera video of a naked woman inside a home on High School Boulevard.
The suspect, Peter Sankey, was charged with Video Voyeurism, a third degree felony, and placed behind bars at Santa Rosa County Jail on October 9.
According to the Santa Rosa County Sheriff’s Office arrest report, a woman went to the SRSO District 2 office in Navarre on Oct. 8 to report an incident that had occurred the night prior.
The victim told the deputy that she was getting out of the shower with just a towel on inside of her home on High School Boulevard when she noticed Sankey run out of her bedroom.
The victim approached Sankey about why he sporadically ran out of her room, and why he was in her room, and he claimed that he was just putting some clothes on her bed, the report indicated.
When the victim went inside of the room, she opened up one of her dresser drawers and allegedly found Sankey’s old cell phone propped up in the drawer, recording video inside of the room.
According to the report, the victim stopped the recording and replayed the video, which clearly showed the suspect attempting to put the phone in the dresser in the right spot to get a shot of her inconspicuously as she was getting dressed/undressed after getting out of the shower.
She told deputies that after she viewed the footage, she threw the phone at the suspect, and he immediately started apologizing for his actions, the report stated.
The victim then called her boyfriend to come pick her up and she snuck out of the house and the pair drove to Destin, the report indicated.
A deputy later spoke with a woman who knew the victim who claimed someone called her at around 11:30 p.m. that night telling her what Sankey did with his phone to the female victim. When the witness approached Sankey about the allegations, the witness claimed the suspect admitted to doing it and apologized, according to the report. The woman then asked Sankey to leave the house.
Sankey’s phone was later given to a deputy to put into evidence.
Deputies attempted to get in contact with Sankey via cell phone, but they were unable to reach him for questioning, according to the report.
The suspect was released from Santa Rosa County Jail on Monday after posting $5,000 bond.
According to the Santa Rosa County Jail View website, Sankey has no prior arrests in Santa Rosa County.