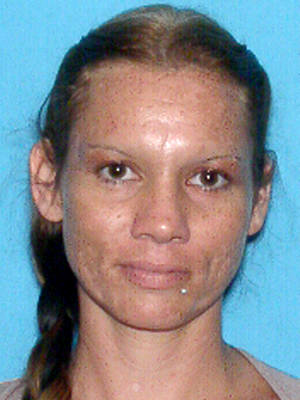 The woman who rode along with a quintuple murder suspect will face more charges out of Escambia County and will face her fate in Pensacola.
A grand jury handed down an indictment on Tuesday for Mary Rice, 37, for First Degree Murder in the death of Kayla Crocker and Accessory After the Fact.
After being indicted in Escambia County, prosecutors are combining the two cases from Santa Rosa and Escambia into one and plan to hold both of her trials in Pensacola.
Rice currently faces a charge of Accessory After the Fact in Santa Rosa County for the killings of Jacqueline Moore and Alicia Greer at the Emerald Sands Inn in Milton. Her accomplice, Billy Boyette, killed the two Milton women back in January and Rice is suspected of being tied to those killings. Boyette went on to kill two other women, one of whom was pregnant.
Rice is also charged with capital murder in Baldwin County for the shooting death of Peggy Phillips-Broz on February 3 outside her Lillian, Ala. home.
Rice had her first appearance on Wednesday at the Santa Rosa County Courthouse and an arraignment is scheduled for Friday, March 10.
Rice was transported to Escambia County jail after her Wednesday hearing.

Florida law allows for an offender to be tried on multiple charges over several counties if the charges are linked and within the same jurisdiction. Since the First Circuit covers both Santa Rosa and Escambia counties, prosecutors made the decision to prosecute Rice in Escambia County.