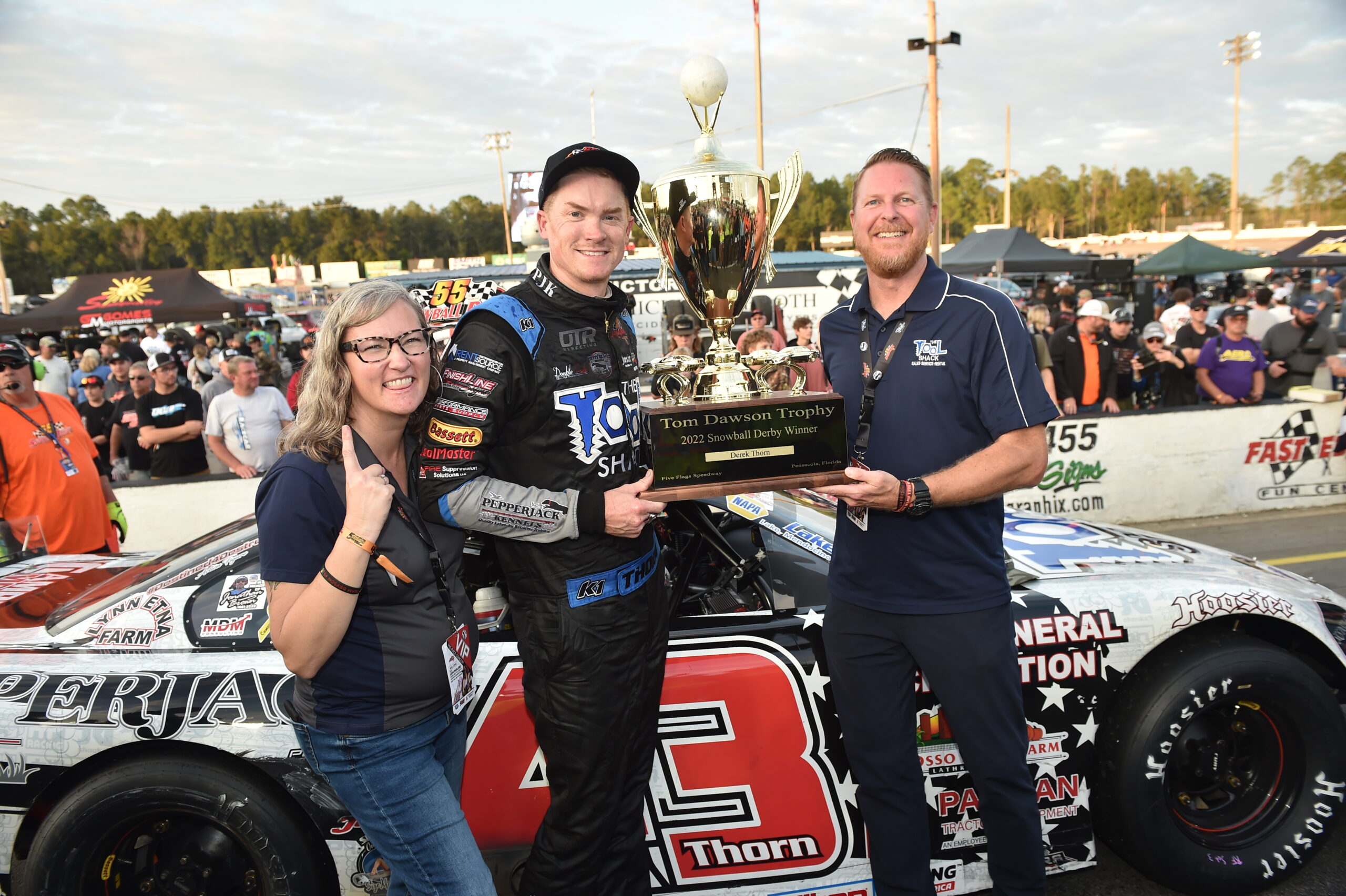 But it wasn’t the only dream which came true that day. Driver Derek Thorn was able to win the race after narrowly missing the win for the past couple of years, placing second during the 2020 and 2021 races.

Wright said it was “phenomenal” to watch Thorn get redemption by winning the 300-lap race.

The competition is so fierce that one of four NASCAR Cup drivers who tried out this year was unable to make the final cut from around 60 to 36 cars.

“I still can’t believe it,” Wright said. “It was very surreal, knowing what a big deal that race is – it’s the most prestigious short track in America.”

Wright and his wife, Regina, own The Tool Shack in Gulf Breeze and teamed up with Marty and Misty Melo, who own PepperJack Kennels in Wisconsin, to sponsor Thorn this year, which was his final season with Byron Campbell Motorsports.

Thorn and his crew chief keep the winnings, and Wright says both sponsors will be backing them again next season. The team’s new name is expected to be DTR – Derek Thorn Racing.

Thorn thanked Byron and Carol Campbell for a decade of backing him as he savored the victory. “To finally get the Snowball Derby win, it’s something special,” Thorn stated.