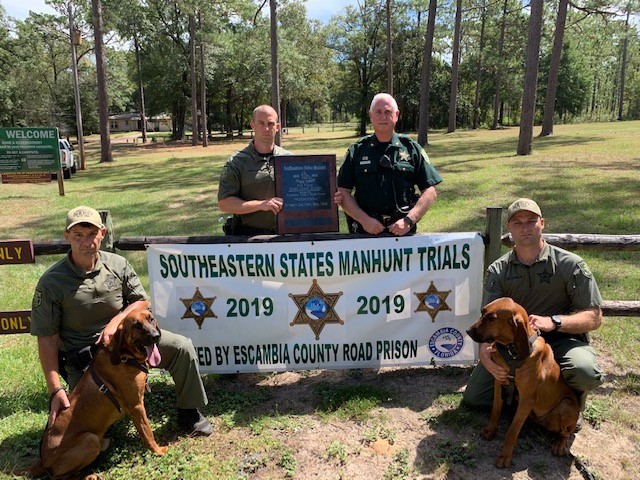 SRSO Colonel Randy Tifft, who oversees the unit, said the unit performed very well, considering two of the K9s, Zinc and Copper, are only about a year old and have only been with the agency for about seven months.

“They were competing against teams who have been involved in the trials for years,” Tifft said.

“They only missed first place by :59 seconds,” said Tifft.

No electronics, mapping, tracking nor GPS capabilities were allowed during the competition. Only radios and flashlights were permitted during night tracks, per Tifft.

The invitation-only event was hosted by Escambia County Road Prison.