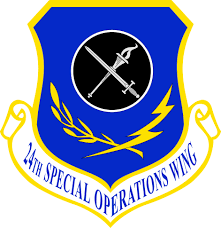 As of 6 a.m. Wednesday, a search remains underway for an  Airman who exited a C-130 aircraft November 5, 2019 over the Gulf of Mexico approximately 4 miles south of Hurlburt Field.

The incident is ongoing and under investigation.

Search and recovery crews were immediately called to aid in locating the Airman from
the 24th Special Operations Wing at Hurlburt Field at approximately 11:30 a.m. Tuesday.

Units participating in the efforts include: