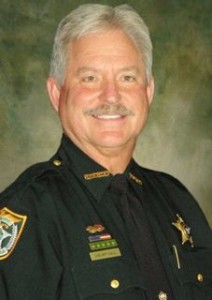 Rumors that Florida Senator Greg Evers may enter the race for Santa Rosa County Sheriff are running rampant. Now longtime Sheriff Wendell Hall, who had endorsed his own Chief Deputy as his replacement, said he might reconsider seeking another term.

The issue was fueled by a phone poll conducted about two weeks ago, asking Santa Rosa County voters about the five currently pre-filed candidates in the race, including current Santa Rosa County Sheriff’s Office Chief Deputy Bob Johnson, a 22-year veteran of the agency.

Residents who received the calls said they were also asked if they were aware of Senator Evers and the “positive” work he has done in the legislature.

Evers denies having conducted the poll but admits he is relocating back to Santa Rosa County, where he was born in 1955.  However, he said right now he is focused on the current Florida legislative session, which ends March 11. Evers said he will “see where we are when it’s over.”

“I certainly would consider (seeking re-election) if I felt this office — something that means so much to Santa Rosa County — was going to be jeopardized,” Hall told South Santa Rosa News Monday afternoon.

Evers served roughly 10 years in the Florida House of Representatives before election to the Florida Senate in 2010. He is currently paid $29,697 a year plus per diem as a state senator.

Hall receives a salary of $133,047 per year, which is set by the state using a compensation formula based on the county’s population.