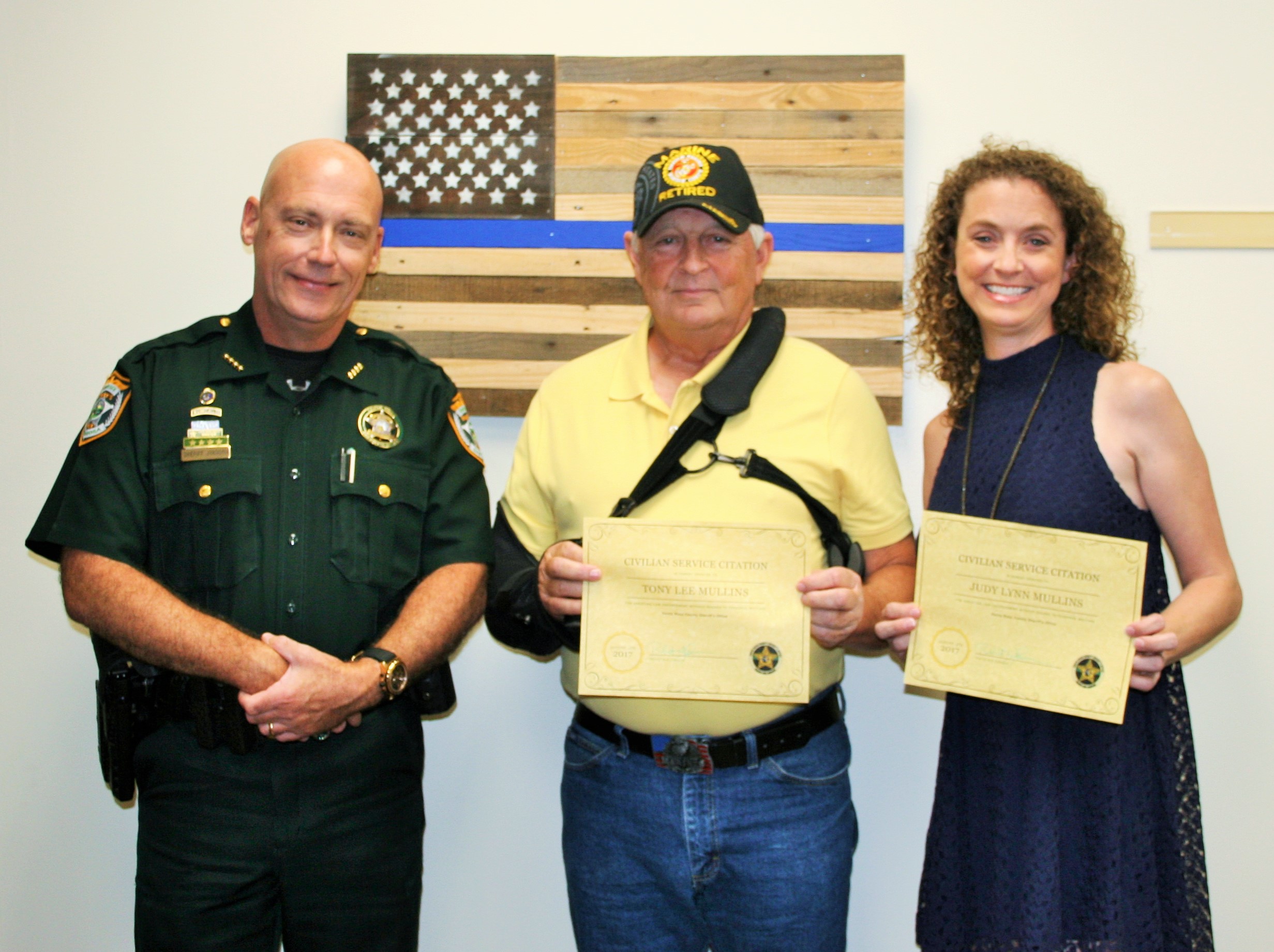 Santa Rosa County Sheriff Bob Johnson on Friday presented a local father and daughter with certificates of appreciation for their alertness and quick action toward locating a missing 4-year-old girl at the center of a June 21 Amber Alert.

Tony and his daughter had traveled to the grocery store, and during the trip Judy received the Amber Alert information on her phone, sharing the details with her dad.

On the way home, Tony he asked if Judy would like to stop by her house on the way back to check on things.

Tony told South Santa Rosa News that “God hand His hand in it” because not only did they not have to stop by, but if they had been off by a only matter of minutes they wouldn’t have seen the car.

So the Mullins’ stopped on the only access road into The Vineyards subdivision to make sure the car didn’t leave before cops arrived shortly thereafter.

“I told (dad) to just block the road if he tried to leave,” Judy said.

Fortunately cops arrived as the suspect and child were entering the vehicle to leave.

Alanda Lee McCoy had last been seen leaving Santa Rosa Medical Center in the company of William “Bill” Phillip Kavchak, 27 around 9:30 p.m. to go get ice cream. But the duo never returned to the hospital, and police were called.

Kavchak was known to McCoy’s mother and at the time was driving her 2007 Mercury Montego, which the Mullins spotted after getting the alert information.

“It’s not often we get an Amber Alert from our area,” said Johnson, who pointed out it’s important to thank citizens who pay attention to such alerts.

Kavchak ultimately wasn’t charged in the incident. Police say it was miscommunication between him and the mom.

But Kavchak does face unrelated drug charges after cops found felony narcotics on him during a search at the scene, according to SRSO Captain Scott Haines.