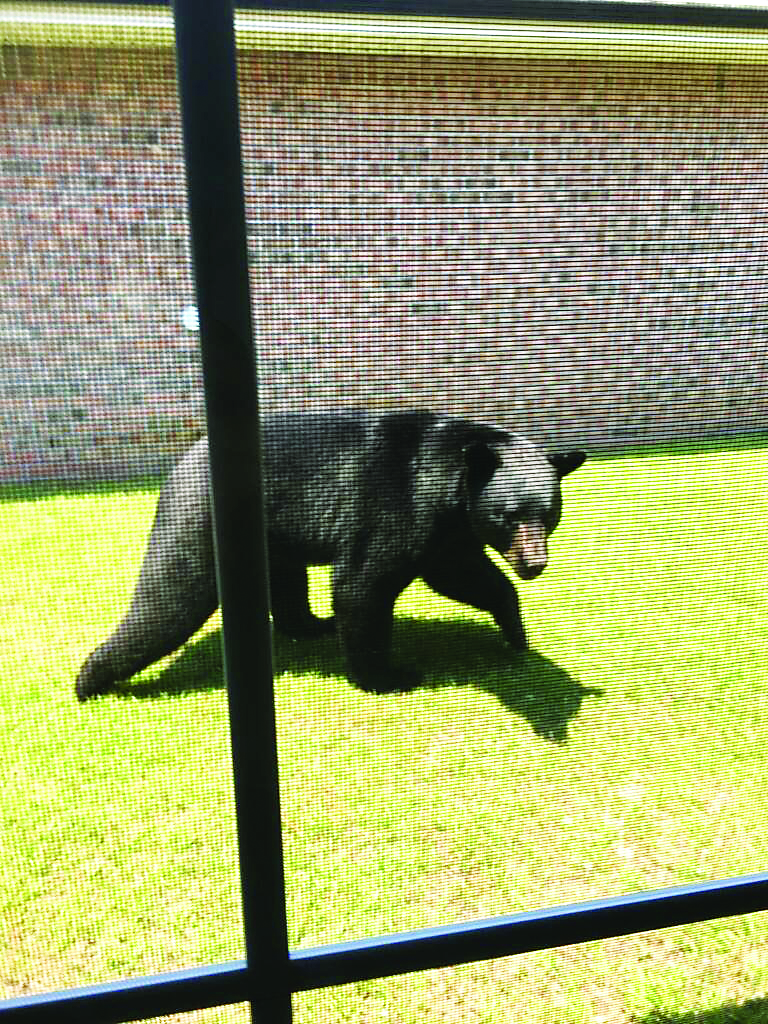 Whether Santa Rosa County should require residents to use bear-resistant garbage cans – and potential state money associated with that requirement – was once again on the County Commission’s agenda on Monday.

“The governor and Legislature allocated $500,000 (this year) … to assist local governments to reduce human-bear conflicts,” Broxson wrote in a July 11 letter to Commission Chairman Lane Lynchard.

“A minimum of 60 percent of those funds are designated for counties with ordinances requiring trash and other attractants (be) secured from bears. By passing an ordinance, Santa Rosa County would not only be eligible for more funding, but would be more successful in reducing the risk to the public safety and conserving black bears.”

In April, commissioners heard a report from the Florida Wildlife Conservation Commission that said bear calls from Santa Rosa County make up 6 percent of statewide calls annually. Most of those calls come from South Santa Rosa, and most result from bears being attracted by garbage.

“We have an issue with bear conflicts. It seems to be something that’s increasing,” Williamson said. “The good news is we know what the solution is. You get a 95 percent reduction in bear conflicts if you secure your garbage can.”

Originally, officials with FWC held up a Seminole County ordinance as an example of a law to be modeled. However, Santa Rosa commissioners felt that law was too far reaching, including dictates around the types of bird feeders residents may use, how quickly ripe fruit must be picked, how frequently outdoor grills must be cleaned and other requirements.

On Monday, commissioners reviewed a bear ordinance adopted in Lake County. That ordinance requires residents to either use a bear-resistant garbage container or secure standard containers so that bears are deterred from molesting them.

Commissioners asked county staff to do more research on how much money the county might receive from the state program, and how to best apply the Lake County ordinance to Santa Rosa.

Commissioner Don Salter, however, said he could not support enacting a similar ordinance in Santa Rosa.

“I would not support requiring people to buy the bear-proof can,” Salter said.

Also on Monday, commissioners discussed the formation of an Infrastructure Surtax Review Committee that would make recommendations on how to use the proposed Local Option Sales Taxes to be voted on by citizens on the Aug. 30 primary.

Each commissioner will appoint two members of the committee.

The terms of the agreement will become valid upon the effective date – to be set at the time of adoption – and will not be retroactive.

Various aspects of the study are expected to continue through August 2019.

Generally, commissioners discuss items at committee meetings on Mondays with decisions coming at the regular meeting the following Thursday. The meeting on Thursday, July 28, is set for 9 a.m. at the Administrative Office Complex.

At the conclusion of the regular meeting on Thursday, the commission will convene a closed-door “executive session” to discuss pending litigation brought against the county by Blue Water Holdings SRC concerning a landfill proposal rejected by the county.

The discussion of pending litigation is one of the few instances in which Florida law allows a public body such as a County Commission or City Council close a meeting to the public. The meeting must be advertised and the minutes of the meeting must be made available at the conclusion of the litigation.

On Thursday night, commissioners will conduct a rezoning meeting at the Administrative Office Complex in Milton. Items on that agenda include:

The agenda for the rezoning meeting is available at http://santarosa.fl.gov/agendas/pz7.28.16%20Agenda.pdf.