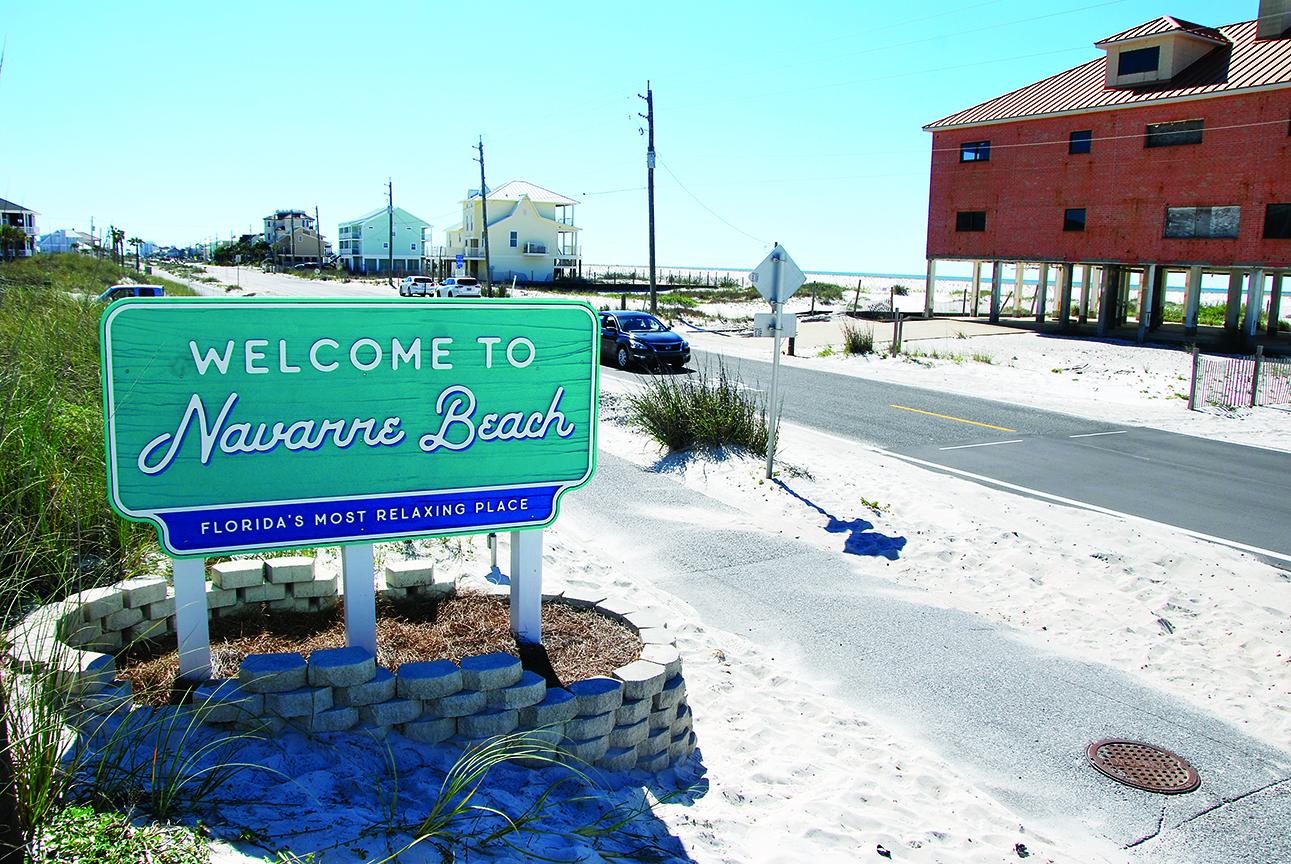 Despite tomorrow’s planned protest calling for the return of two “historic” welcome signs at the foot of Navarre Beach Bridge, Santa Rosa County Commissioners today decided to move forward with existing plans to install new signage at the site.

According to county staff, the two new signs, which promote the county’s rebranding as “Florida’s Most Relaxing Place,” could be installed later today.

But the ultimate fate of the former signs isn’t yet decided.

Commissioner Bob Cole made a successful motion during today’s meeting to direct staff to gather public input on whether or not the board should at a later date reconsider replacing the new signage at the bridge with the former signs.

“I feel every time a Navarre resident passes by that sign it will be a reminder that Navarre residents were ignored,” Williamson said, noting that of 345 emails received about the issue only around dozen emails supported new signs at the location.

Navarre resident Will Goulet, one of the leaders of the campaign to bring back the former bridge site signs, spoke out at the meeting and started off by praising the rebranding efforts of the Santa Rosa County Tourist Development Office, which he credits with economic growth which has enabled him to expand his business and hire additional staff.

Goulet then pointed out that the “historic” welcome signs that were in place at the bridge and featured the “Florida’s Best Kept Secret” tagline had remained in place during previous rebranding efforts, such as the county’s effort to market itself as “Florida’s Playground.”

In total nine new signs were produced at a cost of roughly $33,000, using county tourist taxes charged to overnight guests.

Seven similar signs were installed without much public outcry before Memorial Day weekend at other area locations, such as Navarre Beach Fishing Pier.

However, when the former signs were removed from the bridge to make way for the new ones, the Navarre community rallied against the change, taking to the Concerned Citizens of Navarre Facebook page to express their rage when two makeshift signs were erected at the site after the higher-quality signs intended for the location were accidentally damage during transport.

At its own expense, D & G Graphics, a Fort Walton Beach company which produced the signs, quickly fabricated temporary signs for the bridge site, sparking hundreds of complaints from locals which prompted Williamson to remove them, stating they looked “cheap.”

Williamson on Thursday apologized to his fellow commissioners, who had expressed frustration toward him for removing the temporary signs without first seeking board approval.

Commissioner Sam Parker on Monday said Williamson “undermined” the board by unilaterally deciding to remove the temporary signs. But on Thursday Parker said he accepted the apology.

Goulet and others plan to protest to bring back the former signs at 5 p.m. tomorrow at the intersection of U.S. 98 and Navarre Beach Bridge.

“I think it is time for Navarre to take control of its future and not let four of five commissioners who are not from Navarre decide our fate and spend our tax dollars,” Goulet said.