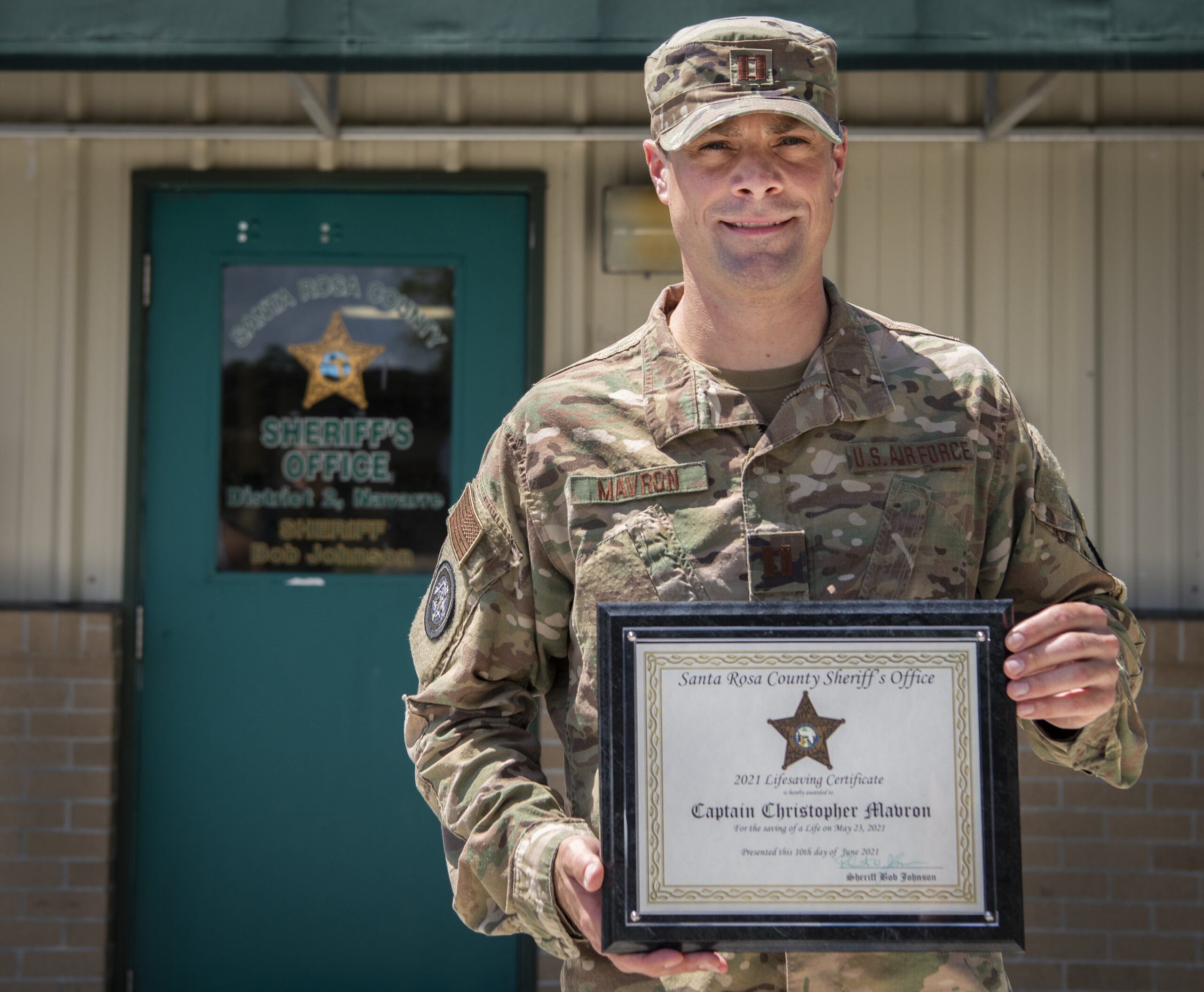 The Acquisitions Officer knew emergency medical procedures through Air Force and local fire department training to include infant CPR, but hadn’t used them in a real-life situation.

The child was non-responsive to the CPR.  The 911 attendant told Mavron to tilt the child’s head back more to force her airway open.

After doing that and a few more emergency breaths, the baby opened her eyes and began moving.  Only seconds after the baby responded, emergency technicians arrived and took over.

While the mother and baby went to the emergency room, Mavron and his wife watched over the neighbor’s two other children until the father could get home.  Deputies later told the captain the baby was crying at the hospital, a clear sign of normal breathing.

The captain’s family, commander and co-workers attended the small ceremony where he received a plaque, gift bag and lots of handshakes from the sheriff and deputies.