Santa Rosa County Schools Superintendent Tim Wyrosdick announced Monday evening that schools will be dismissed early Tuesday due to the impending approach of Tropical Storm Gordon, which is expected to become a hurricane before making landfall late Tuesday.

“We will early release Tuesday and be back in school on Wednesday as of now,” Wyrosdick told South Santa Rosa News.

WYROSDICK STATEMENT: “The safety and welfare of our students and employees is always our greatest concern. Based on the 5 pm briefing from the National Hurricane Center Santa Rosa County will begin to experience Tropical Force winds Tuesday afternoon. After consulting with Santa Rosa County Emergency Operations Center we will dismiss school early on Tuesday and school will resume on Wednesday. Parents can find your school’s dismissal time on our homepage. In addition, all after school activities will be cancelled for Tuesday evening. Any additional advisories will be distributed through local media and through Santa Rosa Facebook and Twitter. I ask you stay advised on the status of Tropical Storm Gordon as conditions may change overnight.”

Presently T.S. Gordon is located about 445 miles ESE of the mouth of the Mississippi River with maximum sustained winds of 50 mph, and the storm is moving WNW at 17 mph, per NHC.

“Gradual strengthening is forecast during the next 36 hours, and Gordon is expected to be a hurricane when it makes landfall along the central Gulf Coast,” stated NHC Forecaster Stacy Stewart in the advisory.

“On the forecast track, the center of Gordon will move farther away from the southwestern coast of Florida early this evening, and move across the eastern Gulf of Mexico tonight and Tuesday. The center of Gordon will approach the central Gulf Coast within the warning area late Tuesday or Tuesday night, and move inland over the lower Mississippi Valley on Wednesday,” Stewart said. 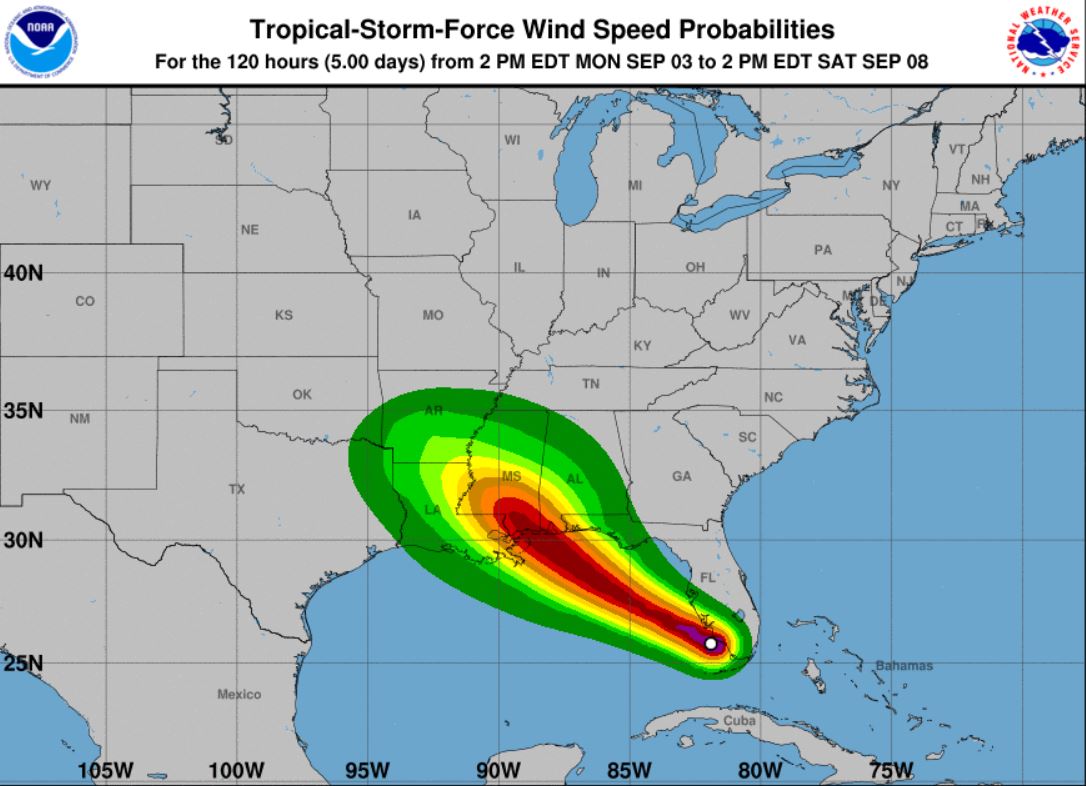